Celestial is my gallery to images from the sky or atmospheric phenomena. I hope you find one of your mood ^_^ 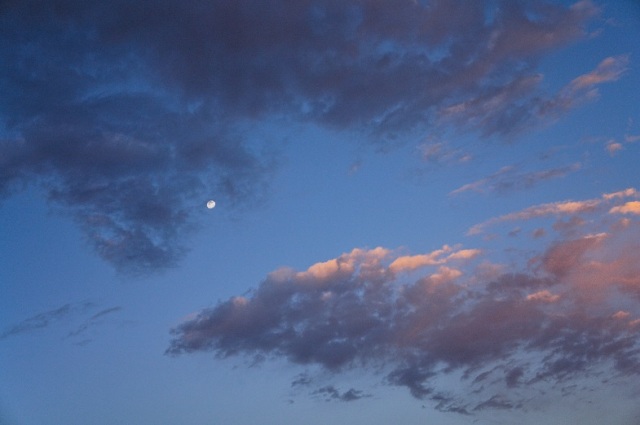 forces of day and night 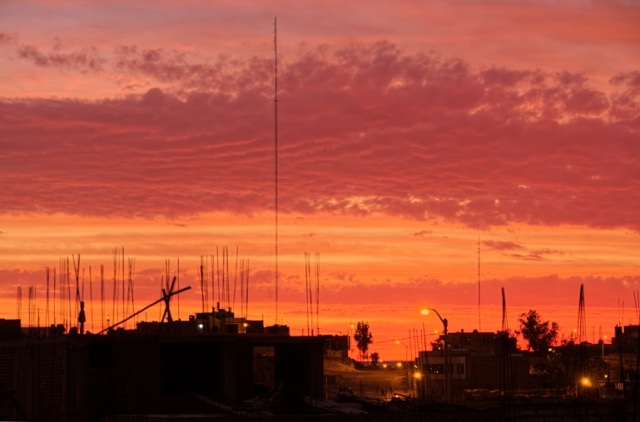 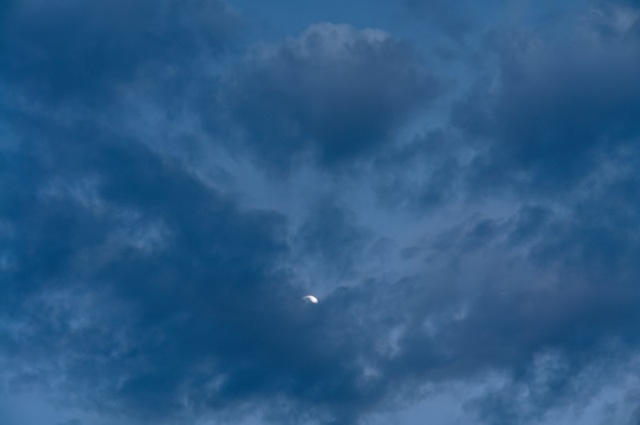 catch me if you can

as fire in a forest

And the last (for now)

These days I couldn’t see the World Cup completely except the exciting match between Germany against Algeria. But I saw enough of Mexico-Netherlands to have an opinion.

I saw the last minutes, clearly Netherlands wanted to win and they get it. Robben was smart, as any competent football player, to tend a trap to the contraries, the Mexican defender fell in it and did a foul: penalty. The Mexican team wasn’t very solid to find the goal; and well, in this game not necessarily the team with nicer game wins, just the one that gets more goals so despite the great Mexican team and its extraordinary goalkeeper Ochoa, Netherlands scored more goals and that’s the end. Every match is a final.

I wasn’t in home so I rent an internet public cabin with a big LCD, I asked one with an appropriate view and the beautiful girl get me what I wanted (in World Cup time I mean a seat with a view to the TV, in another time I would like instead a smile) So the match begun, in first time Algeria seemed much closer to the victory, but Germany has history and they were tough, although not as years ago they are still strong. In second time both of them were trying and this match was fueled by the fear to lose more than the fear to win (it’s something that happens sometimes in this stage) so it ended in what seemed just a few minutes.

So we go to the supplementaries. I was afraid that the match ended in penalties cause the goal is the reason to be of the football and in penalties there is no much fun, although much more stress. But came his majesty the goal with the inspiration of Schürrle, usually Germany is quite technic and against a rival with a great tactic scheme they can suffer it, but inspired players can break it and in this case it was with a subtle and impossible ball to the excellent Algerian goalkeeper. After that came another German goal signed by Özil but Algeria was still alive and they wanted to play and fight and even kill to despair of the German fans, so it came an explosive goal by the Algerian Djabou, it was almost luck that in the last seconds didn’t came the last goal.

Both teams had great and rapid goalkeepers, both had the will to win and the skill to get it, and both had the fitness to endure a very demanding match. If Algeria had would won it would be also fair, but then again football is not the reign of “what if” and German won and it’s ahead. Algeria can go to home with pride, I admire the two teams I saw today.

If you have a feeling of déjà vu don’t worry: you are right. I posted this one image before, the rest I didn’t post before but more or less this is my modus operandi. Before to publish a long post I put a images as a preview, but in this case I almost didn’t publish this last part. Is just that I didn’t find another to use as a introduction, I just find the composition very attractive, and I say it without arrogance because the composition was in the nature and I just was there to point the camera.

This photographs are from the road that connect La Union’s province capital city, Cotahuasi, with Huaynacotas. The main attractive is the Cotahuasi Canyon, so if you go there someday I hope these photographs can help you ;-) They were composed within a bus in movement in an unpaved road with the soft light of the dawn, light that usually needs high isos and/or tripods. 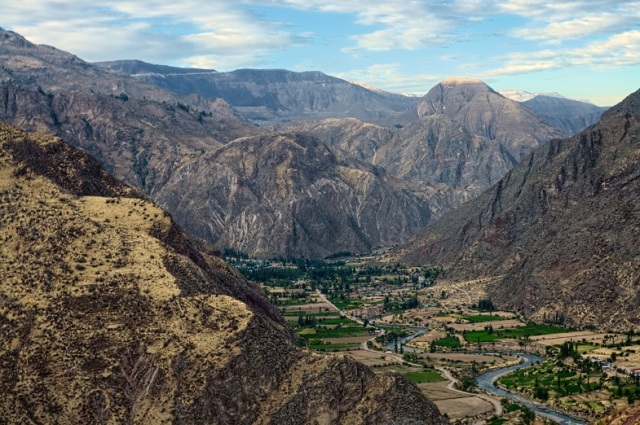 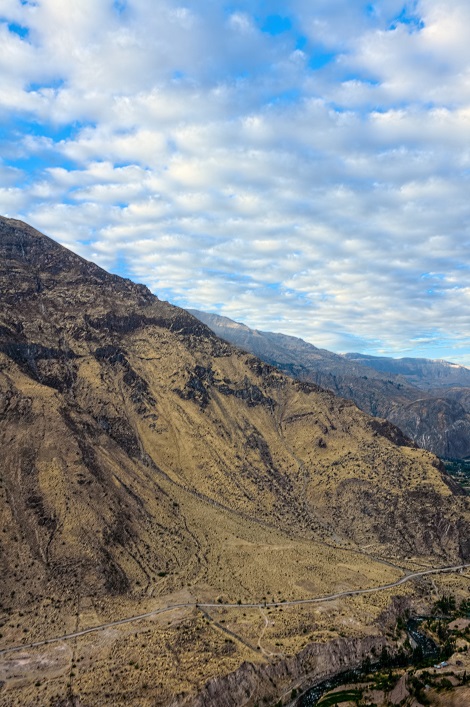 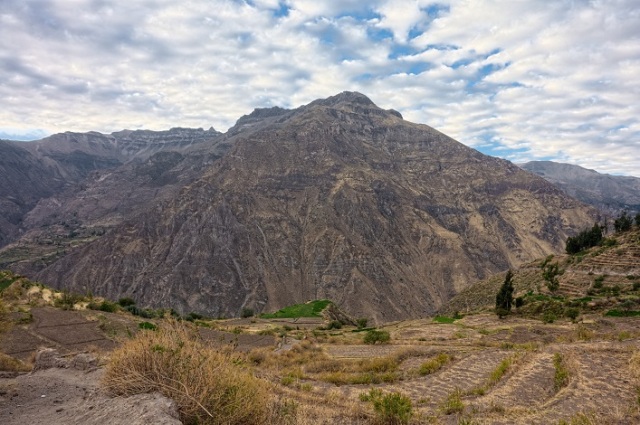 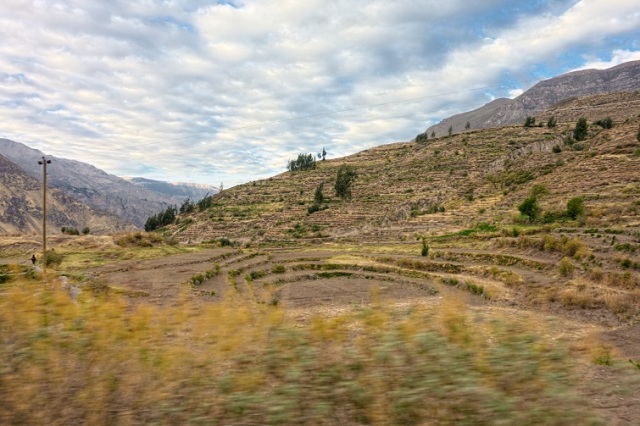 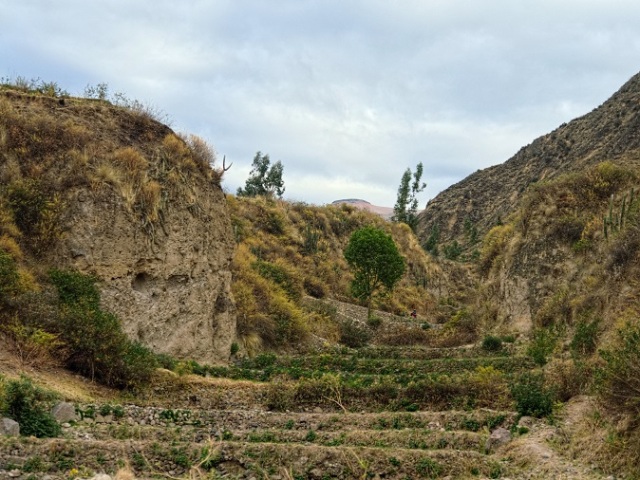 And this one is when I came back in the afternoon: 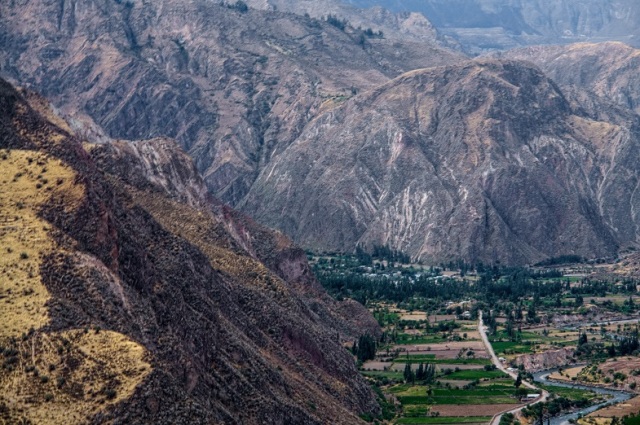 This is from the bus window in the unasphalted road between Cotahuasi and Huaynacotas.

Today I saw these games and I’ve to say that the end was unexpected and expected at the same time. Let’s see my reasons:

Brazil played badly ,to be Brazil I mean; indeed I think the classic Brazil there no exists anymore. Now is a team with players skilled but not outstanding. At least I don’t see another Ronaldo or Romario. Before the Brazilian style were so dynamic and joyful that certainly it was a pleasure to see it and even more you can dream to try to play with those movements when football time with your friends. Not anymore, this Brazil don’t move me emotionally and actually I feel a certain antipathy.  Chile was very closer to eliminate them, it were just seconds when an almost goal go against the Brazilian pole. The 1-1 in the ninety minutes is a remark of the Chilean strength to fight. They were disciplined and the difference would be perhaps a moment of inspiration. In the Brazilian side they had the team, the fans, and the stadium but not the security to win. In the supplementaries the adrenalin started to impulse the actions, the legs couldn’t more but the duty was heavier. In the last seconds several Brazilian hearts were about to stop when there was almost a Chilean goal. Ended the supplementaries and the emotions in turbo it was needed to go to penalties. Goalkeeper Júlio César was the Brazilian wall to the Chilean dreams…

First I’ve to say that I am a fan of the Uruguayan football, they are something like grandparents. They’ve a rich footballistic history, or rather a History. Yes, with capitals. You cannot talk about football without Uruguay. And I don’t like so much the Colombian team, not because their football, but for a mundane bad luck that I always have meet Colombian guys that are quite derogatory respect our country. Although I’ve to say that the Colombian girls are instead sweet and wonderful. Anyway, there wasn’t Luis “Dracula” Suárez and instead the coach Tabárez put to Forlan. Certainly a great star but unfortunately Forlan is not he star of yore so he was replaced and the team had a better performance but it was too late. But they fought and they following fought. Is that what makes you a giant. Football is the game where you kick a ball to the arch of the rival team, so you have two goals, pun intended, to get: win and win. Of course you can lose but you have to play to win and to like the football. In this World Cup you have seen skilled teams but they lose because in my humble opinion they don’t like or live the football, I refer for example to USA and Japan, great players and I can see in their hearts that they want to win, but I don’t feel they like the football, or no so much as their national sports as baseball or American football, I see more a question of patriotism. In other cases other teams lost because they didn’t want to win, case of Spain. But Uruguay lost in the face of a Colombia that played with skill, joy and heart. Uruguay in return has the skill and the heart but not the joy, they were stroke for the Suárez issue and I hate to say it but I think that would be better to save Forlan to the bank because he was totally connected. Still they are among my favourite teams ever. 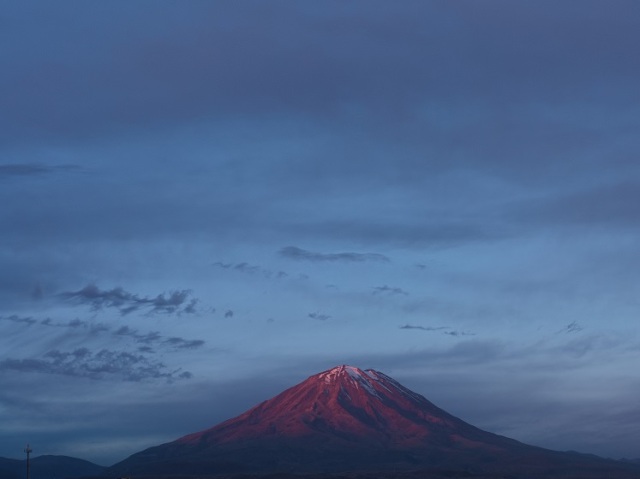 There was a time when I forbid the black color in my paintings. Of course they were paintings to the school and the teachers just said to paint anything but they didn’t teach us much about technics or compositions. I just simply stopped to use the black because it seemed to my eyes that shadows were generally blue, and in nature actually there were plenty of deep blues and browns instead of black. Fortunately my family inscribed me in summer courses for children to learn painting. Unfortunately I wasn’t a child, haha, no, of course I was a child but I felt (as a TV wife that never gets attention from her apathetic husband) very frustrated because all the time they taught me more about the simpler technics and nothing about to paint what someone wants to paint to say something.

I want to say something.

Those clouds seemed to shape that afternoon a threshold to some invisible world summoned by someone with that tall antenna… Not necessarily any better, just simply a no human world as it’d be an extraterrestrial civilization of creatures from another planets or angels.

When I read the bible when I were a child (by the way I read it as I read the Greek myths because Christianity is tenuous in our native side of the country) it was pretty clear to me that angels were people that we couldn’t trust, they suddenly had interest in women, chose to rebel or to bet on human life, or indeed shape an army against humanity. In the end demons is a word for angels too if I’m not wrong. Perhaps just it’s the fear to the “others” that every human group has.

Hemorrhage of matches. The World Cup is not just in your tv home, it’s in the radios in the busses and taxis, the lcd in the restaurant, the old black and white televisions (FIFA regulate the uniforms in such a way that a match can easily seen in black and white screens) A nice detail when you have to go out to the diary routine.

It was clear that with Messi out of the field Argentina was more enduring the time till the end more than attacking. Nigeria is a good player in World Cups and against Argentina did a entertained match but, you know, Messi is a genius. Fortunately they also have to Romero. I see the other Argentinian players professionals but not exceptionals. Without Messi I felt that a more lethal Nigerian attack could be closer.

Two German coaches preparing tactic schemes to defeat the opposite as chess players. I’m not fan of the USA football style, but I like that they play to win. Germany is IMHO a solid candidate to be finalist and USA was a strong wall. In this kind of match usually the inspiration opens the road to the goals. It had more pepper because at the same time Portugal and Ghana were playing their destiny or, in this case, doom.

One word: bored. Ecuador needed to win but there was a tactic mess and the players seemed not very into the game. France has a uninspired game and although they get the classification this is the kind of match that is rare to see in World Cups, except in the last finals that curiously the games have weird behaviours. 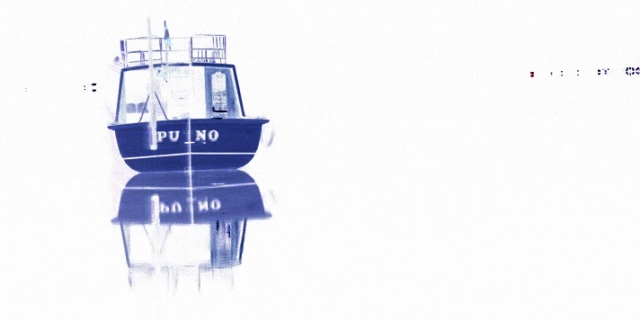 Let’s let these shores. Perhaps crossing this old ocean we’ll come to kingdoms of our past. Dreaming kings and white lands wait for us to take just a piece of a metal crown as an only souvenir that we were here.

Let me draw you the colours of a sunset ;-)