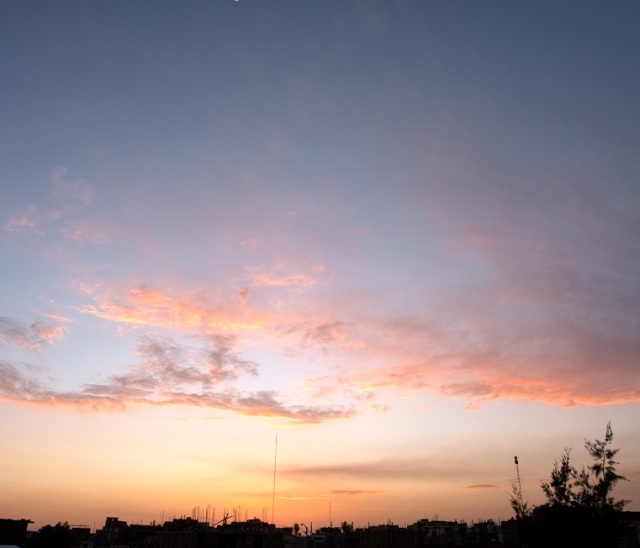 Those clouds seemed to shape that afternoon a threshold to some invisible world summoned by someone with that tall antenna… Not necessarily any better, just simply a no human world as it’d be an extraterrestrial civilization of creatures from another planets or angels.

When I read the bible when I were a child (by the way I read it as I read the Greek myths because Christianity is tenuous in our native side of the country) it was pretty clear to me that angels were people that we couldn’t trust, they suddenly had interest in women, chose to rebel or to bet on human life, or indeed shape an army against humanity. In the end demons is a word for angels too if I’m not wrong. Perhaps just it’s the fear to the “others” that every human group has.

2 thoughts on “Mother of Pearl”