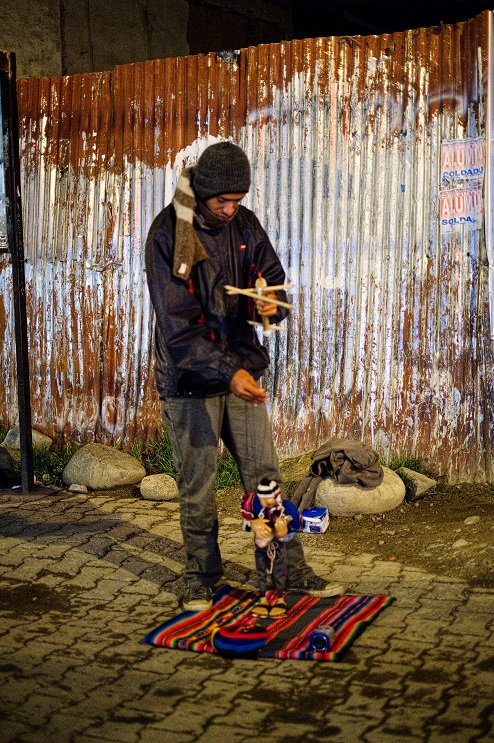 Let’s play a melody for the night

I went some hours to La Paz, into the heart of Bolivia. I decided to be in a cheap hotel to walk a bit the city because usually I just go for a pair of hours. It was the summer of 2014, exactly in January so the heat was a bit strong, although people in the streets as the performer in the photograph was quite covered so I guess he was a foreigner, Chilean perhaps.

The photographs include views from dusk to night and a bit from the morning. I hope you find some akin to your spirit.

Towards the south is the more contemporary architecture of La Paz. There are several Bolivians of German ancestors that enriched the culture in that place with buildings of peculiar shapes. In a certain way they are like the old Bolivians (common ancestors with us Peruvians, in fact I’m half Bolivian) in the respect to the nature and the harmony of buildings integrated to the natural environment. 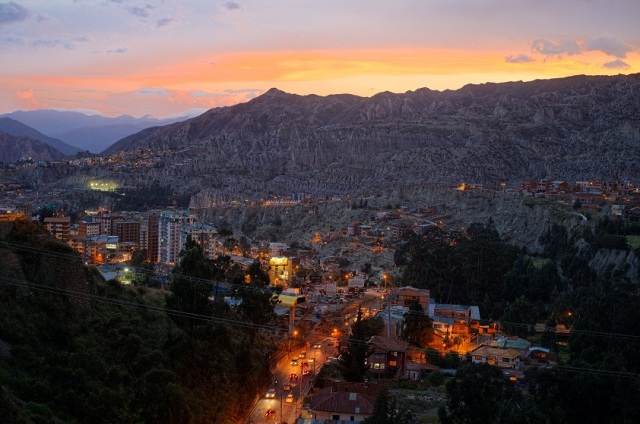 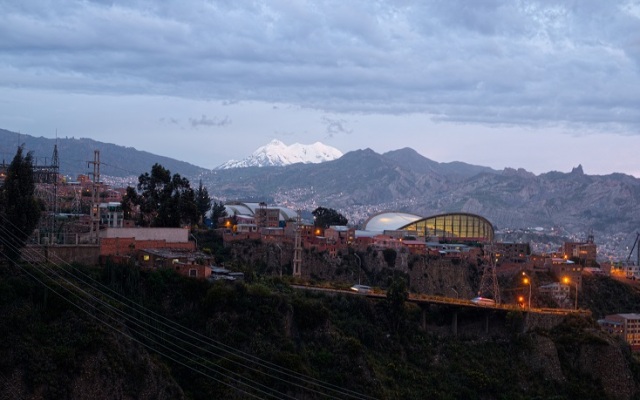 flame in the sky

The old colonial downtown was under moonlight, giving the stones part of that sense of old time. I saw a lot of people waiting for public transport. I took some photographs with care to not seen because certainly I don’t look as a tourist.

I think the city looks better in comparison to my visits as a child. 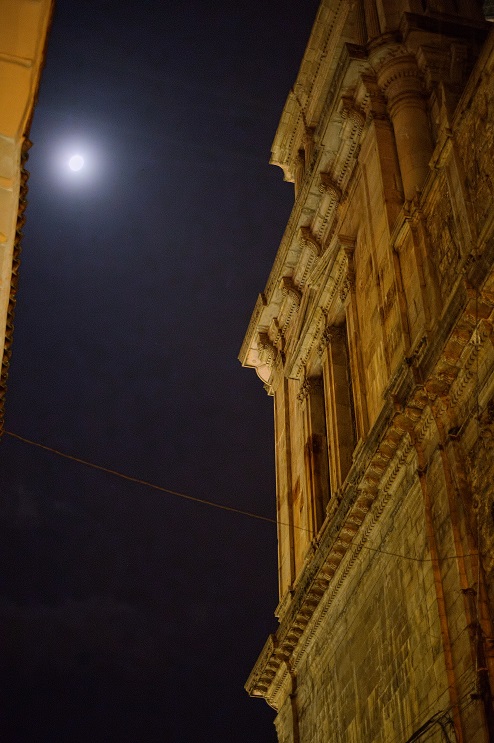 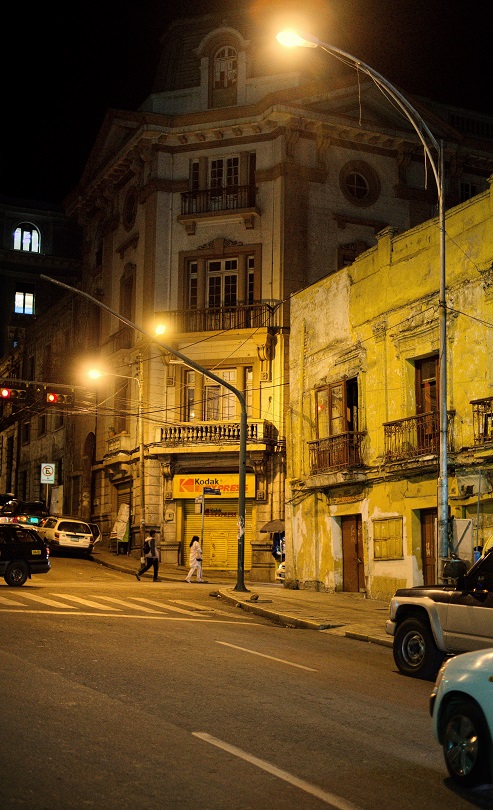 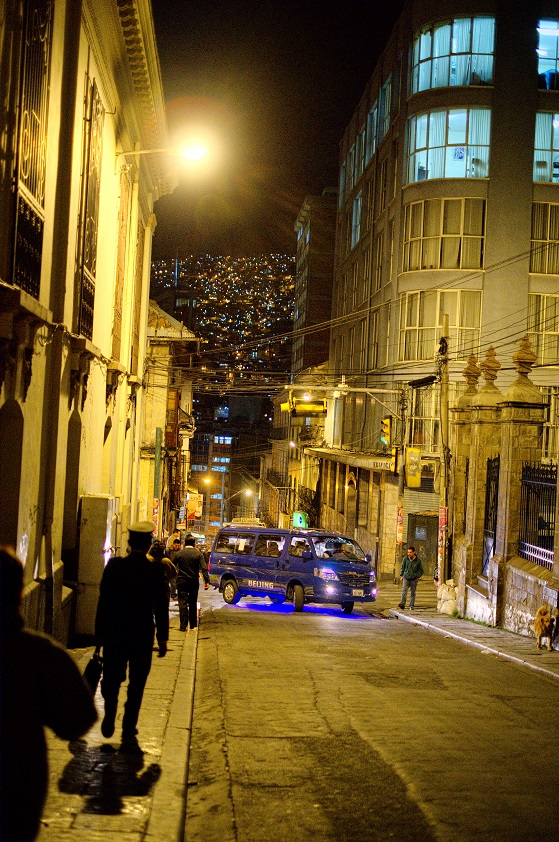 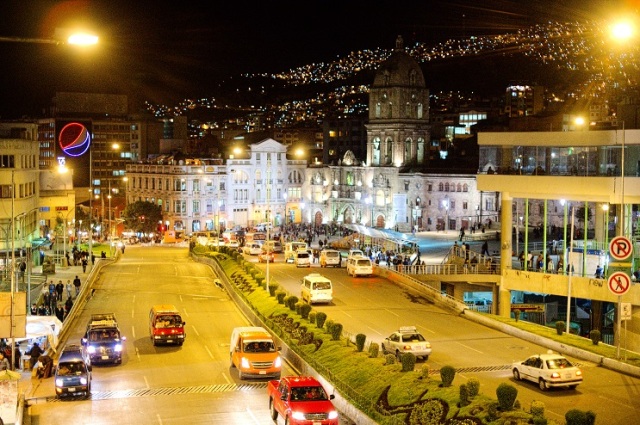 One for white cars and the other for colored cars

A good bye in the morning

Next day I had to be in Tiwanaku, so I just walked a few hours in the early morning and said good bye to the city. 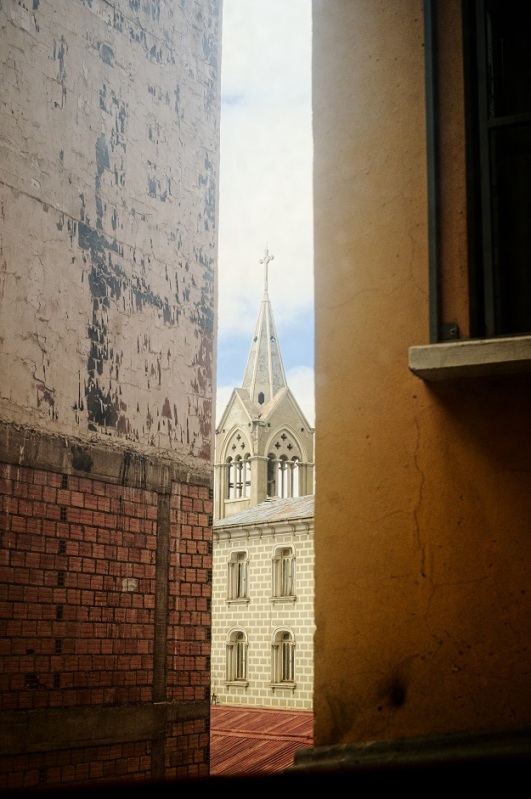 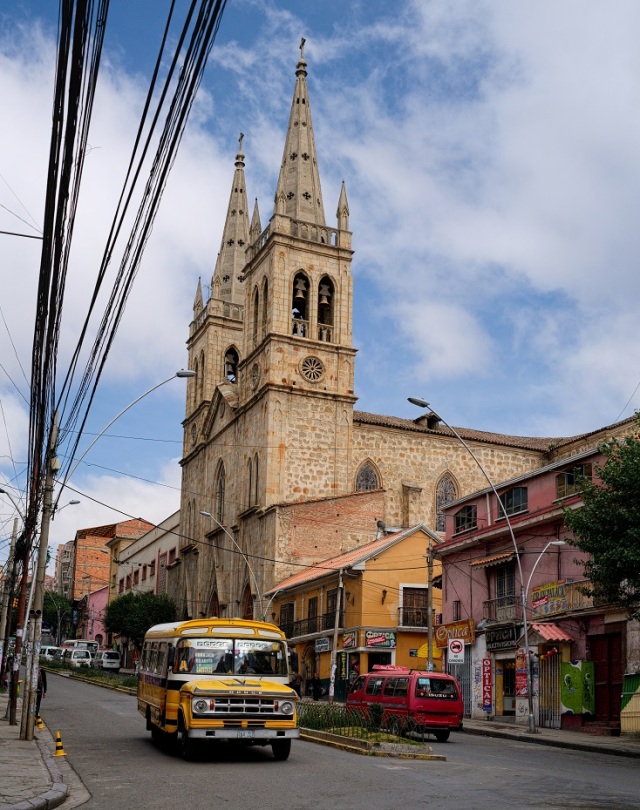 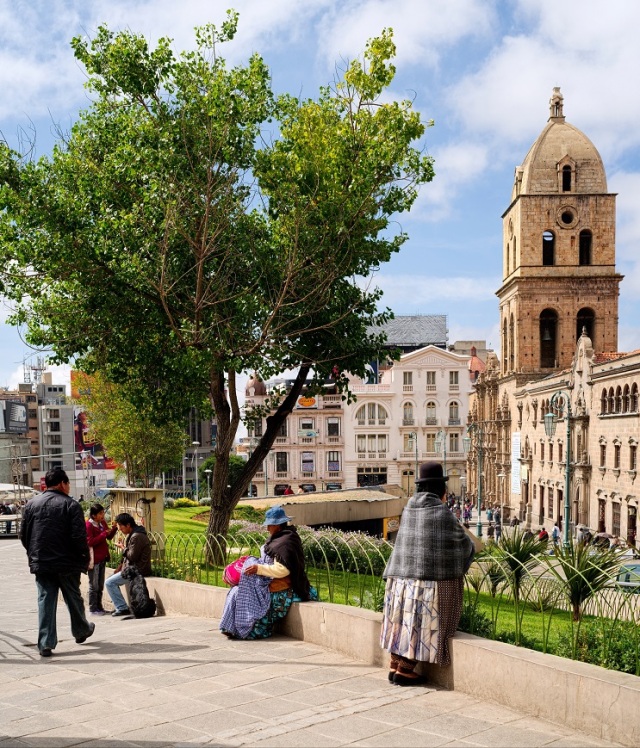 And that was all. I saw a parade or protest, something usual when I was a kid but that surprised me this time. Me and my generation generally are apolitical due to the vast amount of people that used to search power with (bad) politics instead of real work. Actually there were so many protests years ago in La Paz that you can see that people is indifferent to them now. As a foreigner I didn’t approximate to them to investigate the reason of the parade or protest (haha, they could think I’m a Peruvian James Bond spying) so I took my backpack and went once more to the highway asphalt.

In “Red car goes to the yellow house and yellow bus to the red house” the church is La Recoleta designed by Arch. Eulalio Morales.

13 thoughts on “La Paz, let’s play a melody for the night”