Quarries have this poetic minimalism; a mountain vanishing bit by bit in cubes…

At school it was quite frustrating when a teacher didn’t know the answers (once I asked the expected life time of the Sun and the teacher just told me “don’t worry, not soon” instead of a mature “I don’t know”), or when they asked answers but they only would say as correct the ones matching word by word the ones in their books.

School was quite nocuous I think, forbidding you to think and training you instead to be a recorder.

The only exception was a Mathematics teacher, he would be really surprised when I could resolve problems using several methods because Mathematics has this thing that shares with art when you can get an elegant solution across several roads. He was fired because school management told them he had to teach just what the book said. At university situation was a bit better, but just a bit.

Someone could argue that an environment like that could motivated me to be more curious, actually I always had a curiosity and it was punished at school, and even worse they wanted me to replace it with effort in parades to the national flag (meh!) praying to their gods (hmm, but… why?) and I know it was also frustrating to them that the student with high grades and enough tall to the parades would be so rebel. In the last day of school and high school we were quite happy to end a difficult relationship, they got my high grades for advertisement and I got the freedom to continue my life without the nuisance of an unending routine.

Posta-Data: the time left to the Sun in its current stage is, calculated according to its mass, less of five billion years; from today to its final stage of white dwarf less of eight billion years and after that its time is undetermined, it could simply last more than the universe and just vanish in nothing.

In the sunny day in Juliaca, the beetle seemed like he was in middle of an infinite task (this is in a road, for that the lack of vegetation) I don’t know, perhaps I feel like this beetle trying to finish my work.

The pre-Inca cemeteries are memories from the past, today it’s a district of Arequipa city and the name changed to Socabaya. Today I want to show you some views of these place ;-)

A road in middle of the fields 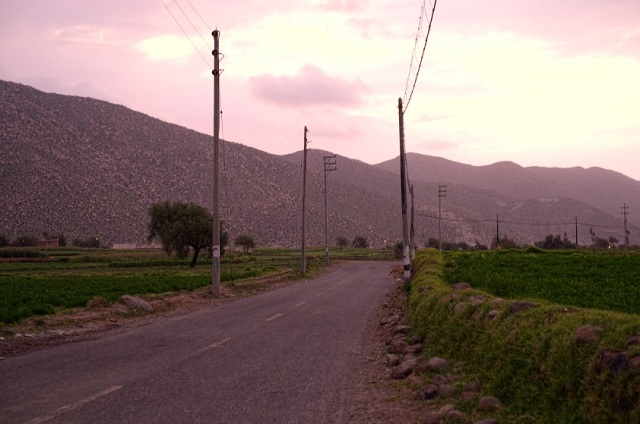 tell me where can I go to…

I had a customer there, so I needed to go several times to see his property. There is no many people walking the road, usually just the road… I walked several times those distances filled of farms, giant towers of high voltage and plenty of solitude, with that slow time until I decided to take the public transportation to my lair in that city. This is what I used to saw:

The white ashlar in Arequipa has volcanic origin, it is used from to delimit the farms to built palaces and banks, actually to cover them, in a seismic place is not good idea to have massive buildings.

at the end the light

Meditative Houyhnhnm (published before, shot with a defective film camera)

Another day ends in the green countryside

Socabaya or Succa Aya is relatively far from the center of the city, so to go there I needed at least one hour and half of travel for the price of, in equivalence, thirty cents of US dollars. So it was not infrequent to end in middle of the sunset, always hidden behind the hills. But it’s a quite calm place to walk, and there is no more the heat of the day… 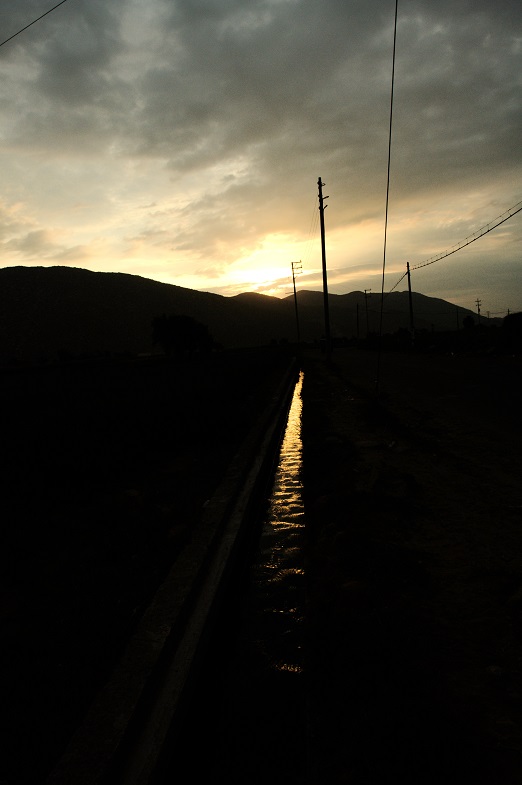 Alone in the dusk the light starts its electrical song 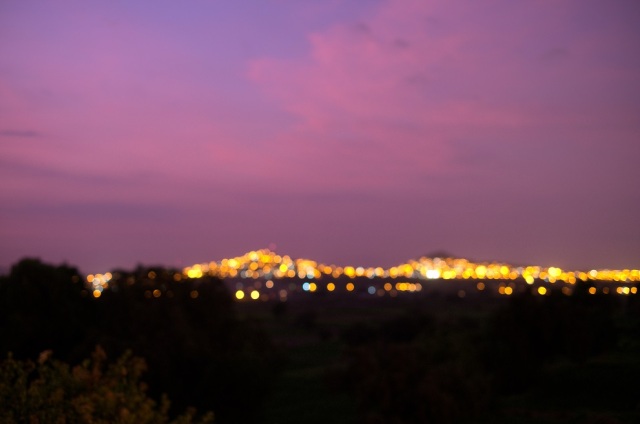 The district is bigger than the farms, there are places with houses of low and middle social-economic levels mixed with industries, so it’s not so peaceful as the farms habited by traditional families. They come usually from smaller cities and near is the penitentiary so it’s not so safe. In the public transport I’ve seen relatives of the inmates, sometimes they are dangerous too.

Cusqueña (published before, shot with a defective film camera) 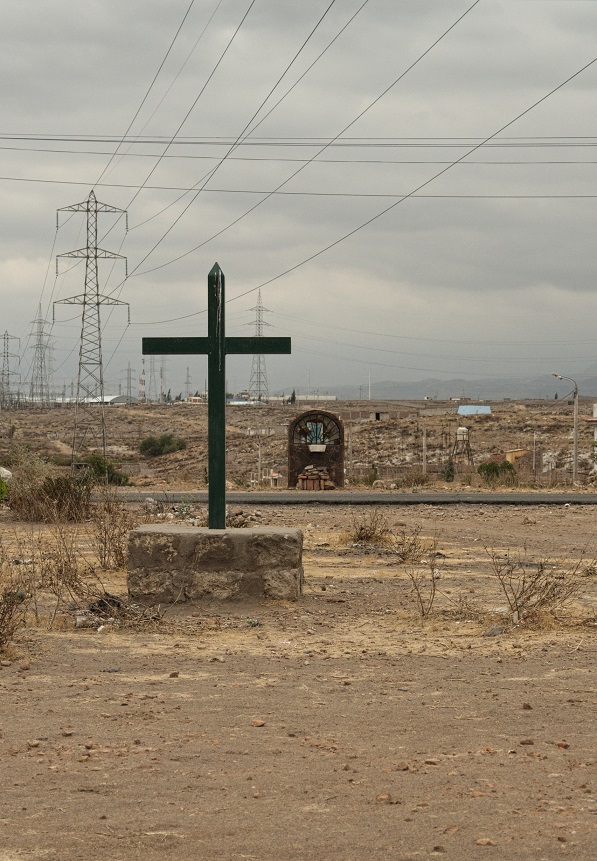 So the landscape is a bit desolated, with stray dogs silently walking and warden dogs barking the strangers (what includes me); dust and a desert without vegetation being replaced constantly by a desert of bricks. But the sunset also comes to give a bit of color to this part of the city: 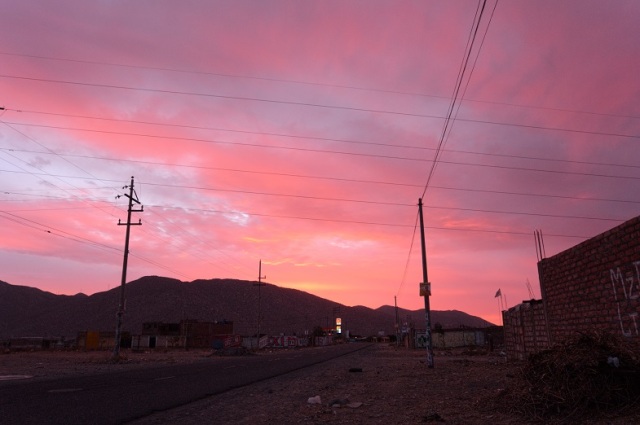 The day ends and the nocturnal life starts… But usually I was already in home given my report to my customer, but I got a pair of shots ;-) 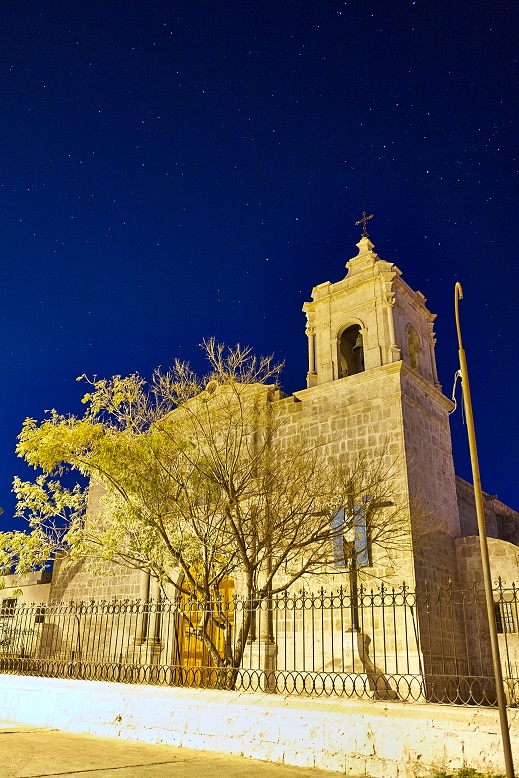 Searching in the stars 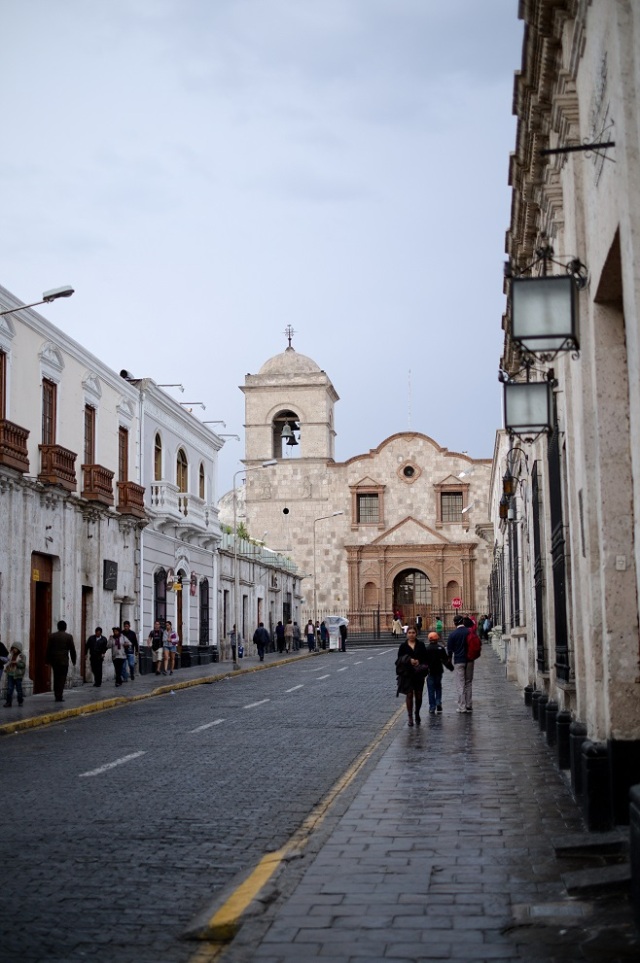 … is a world with a special smell and renovated cleanness.

Advancing to the sea before the long night

They would love to fly, to raise! The sky is so far…

a silent incantation of hope to break the spell

confining them to legends and myths

Drums of war are their hearts, lava for the last fight.

The worst wound a shame that burns:

be caged in rocks whom before were a proud kin

precisely them, a race of kings!

The caste of the Stone Circle of Dragons awaits

advancing before the long night…

to a promised redemption made of red moonlight

silently, slowly… into the old sea 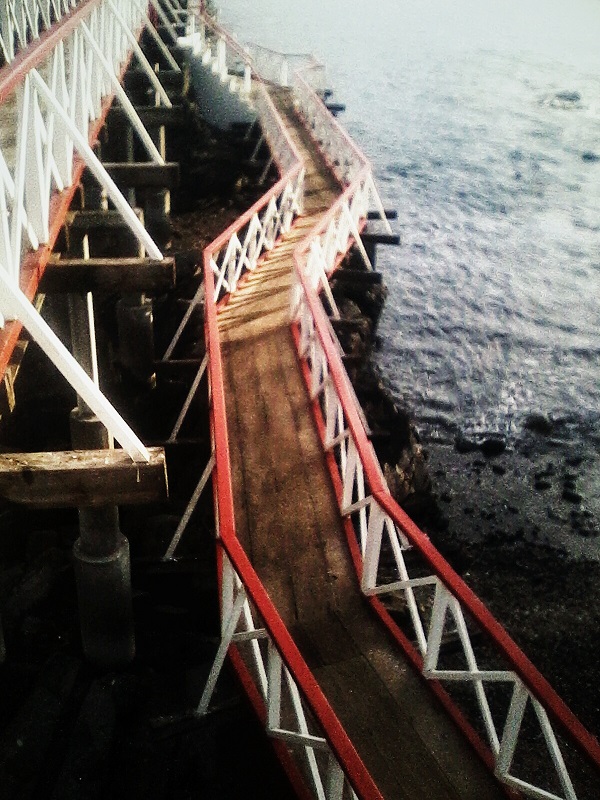 I use several types of cameras, mainly my digital camera, a Sony R1, and after it my cell phone, my tablet and a film camera. Mostly I have to prepare the files because a camera never is going to match what your eyes see, that’s a secret inscrutable to the pre-programmed mechanism of any camera.

I need time to prepare my files, the ones that take me more time are the film ones because I “scan” them with my camera with a special holder I designed and after that process the negatives in a special program, after those photographs the ones from my Sony take also time but because I shot in a certain abundance with it. The photographs I require less time to prepare are the ones with the tablet and cell phone. I can make easy edits with the snapseed app and voilà: ready to publish!

This photo was made the sixth of this month in Ilo, in the harbor in the morning seeing the Pacific Ocean. Before to work I used to go to the place where fishermen have to eat, good prices and fresh fish, but not to eat there but to take my food to the ocean and have a moment of peace there. The battery of my camera was at zero so my old cell phone with its two megapixels and its toy camera was enough to have a memento to share with you, and faster.