There is an argument that Hollywood likes to repeat in movies: some characters have a normal life until an event threats to destroy it (usually a rich competitor or a corporation) and they need to get an amount of money or to finish a challenge in a short lapse of time in order to survive. I write it as a way to apologize for the time since my last publication. Certainly I had loved to come back but in a rather unfortunate succession of events my life seemed to turn into that Hollywood argument.

In my previous post a life and months ago I talked about a robbery. I decided to sacrifice a part of my life in order to recover and replace the stolen objects, I got committed in an architectural office that was offered to me, it meant to stop to travel and work less in design and more in the legal side. With the work I got a credit line and used it responsibly to equip the office, also invested on my education getting software, books, education and in last place the tools to work, not the most expensive, in some cases they are second-hand or quite old. The problem was that disorganized place. They were used to charge me with responsibilities but not so fast to comply theirs, my savings and emergency resources ran out and it was clear that I needed to leave that office in the building I designed, calculated and even helped to build with my hands (this is an isometric, a technical perspective): 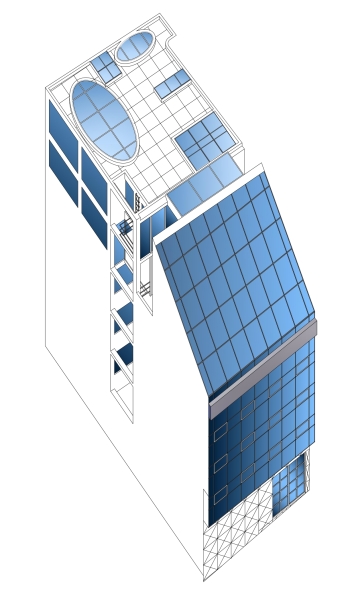 And that was all. These months my life is just getting a lot of work to try to pay the debts. In the road I simply had to leave so many aspects of my life, including the blogs but tried my best to be able to do it. In some days (two weeks perhaps) my only way food was water from the public service. I don’t write it to impress, is just the way sometimes life happens, we all have problems and is a fortune that it’s just a money related inconvenience. I missed to visit the friends, and I am doing my best to be here with you. My problems are far to have a near end so I thought it was a good moment to give an explanation. I just simply cannot be here, I am reposting some photos into Instagram, but all of them you have already seen them, I do it as a way to get a piece of relax and distraction, I cannot do the same here as WordPress requires more attention.

About my travels I think every place is a place to discover, so even if we don’t take a bus we are already traveling. So I am recording and learning to use the cameras I got:

With a cell phone Sharp SH-06d.

I got a cell phone from 2012, the camera has eight megapixels, I use VSCO to edit them. It has not the resolution of a modern cell phone but I take the care to shot carefully as I think it’s fantastic to have a device at color, in the eighties in my city color film was not able to be processed so my childhood memories are in black and white. 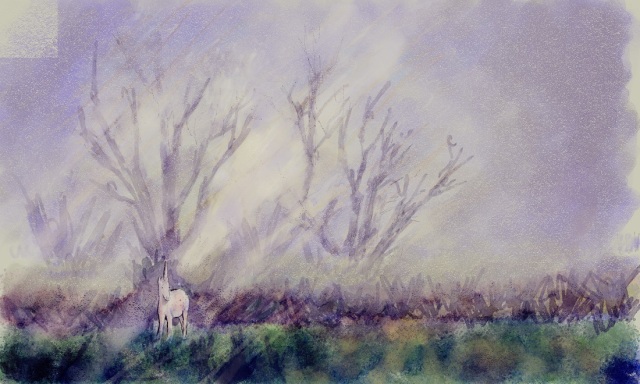 Is important to me to draw, always. So I drew this unicorn for a friend. I did it in computer with a stylus as a pen.

With a Sigma DP2 camera.

My digital camera was a Sony R1. I had the doubt about purchase it again, I don’t buy again what I lost as I feel like I were using an intruder, besides every time is harder to get programs able to work with its files and batteries. In its place I got a Sigma DP2, it is a very little camera with 4 megapixels. I would loved a Samsung NX500 instead but it’s fine, any modern camera can help us to don’t forget the world we see (although these little camera seems to have inside a leprechaun stubborn in drive me nuts xP)

On Black Friday there were big discounts and I got a SLR, I chose a Canon Eos 7 (Elan 7e in US and Eos 33V in Europe) because it was cheaper, silent, lighter and more modern than the stolen Canon EF (the Black beauty) It’s not more handsome but has amazing controls, it’s wonderful to shot with it and so silent that seems it doesn’t use rolls. I considered to get it just because with another big discount I got an already cheap Yongnuo lens.

The Samsung film camera is a bit ugly, so much that the robbers left it. It’s the example that devices with a lot of specifications don’t mean that are funny to use.  I hope with time get nice photographs with it, in this moment the number of buttons you need to press in order to take the photograph distracts me to just see and record.

So that’s all. Happy to see you again in your blogs. I ask your compression (in case you are still there xD) about my reasons to not be able to be here. If I come back to post time will tell. A smile from far away. : )