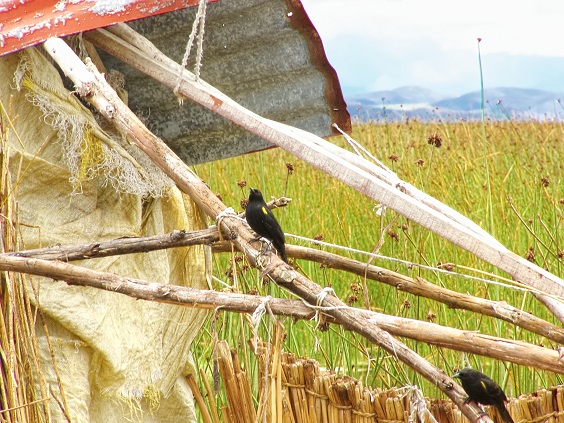 With birds and everything ;-)

I saw this photograph but it wasn’t feel as I saw it so I applied one of those free filters of Flickr. Some adjustements more and I think it express better the trip. This is a girl from my own race and culture, but in a touristic place… So she is using a party dress in a normal one.

I feel fortunate to have grown up in my native town, focused in commerce and not tourism; in the latter I would asking you “one dollar” and that would be my only English and I would using clothes with bright colors just because, you know, tourists want something authentic. :S 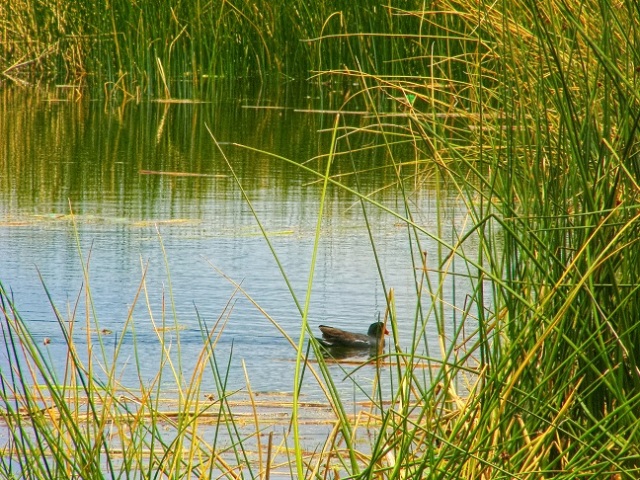 The hidden life in lake titicaca. : ) 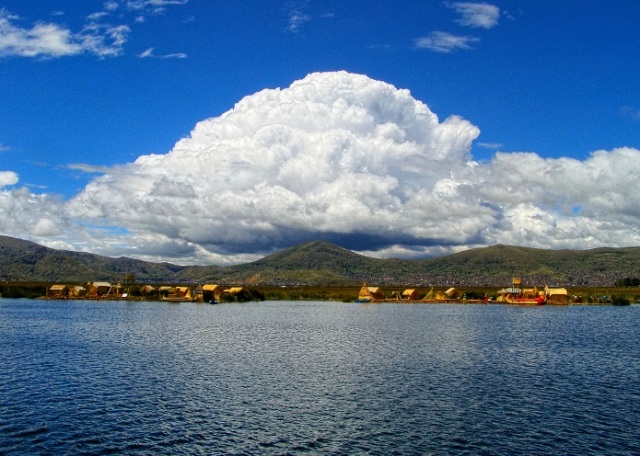 Uros are at the same time old and new artificial islands in the Peruvian side of lake Titicaca. Similar to the Japanese wooden buildings they are old because people have built them since long ago, possibly as a way of defense against invaders, they could be when there was a migration from the south. I’ve theories but not details. They are made with totora, I ate totora a bit when child, it’s a neutral taste; and they are new because they are rebuilt, moved, even some can navigate when the lake is brave and the anchors cannot support them. So you have the key in the totora, you can built ships, homes, the ground with it, and even eat them. It’s almost a gift.

I’m not the touristic kind of traveler, I just like to take a bus and walk, see, think. This time I had to go with a brother and, before I got my Sony R1, I used an Olympus SP500-uz from 2006. This camera has softness in the long end of its zoom, chromatic aberrations and was broken so I just could used in totally manual mode so I learnt to control the exposure with the experience. What I try to say is that if I could get some good photographs then you can too with any cheap compact of today. Those days I used to take thousands of photographs, now I think before shoot. With film or digital I just shoot what I think I can share with you.

The travel started with reflections in the lake. We were in road to Uros islands. 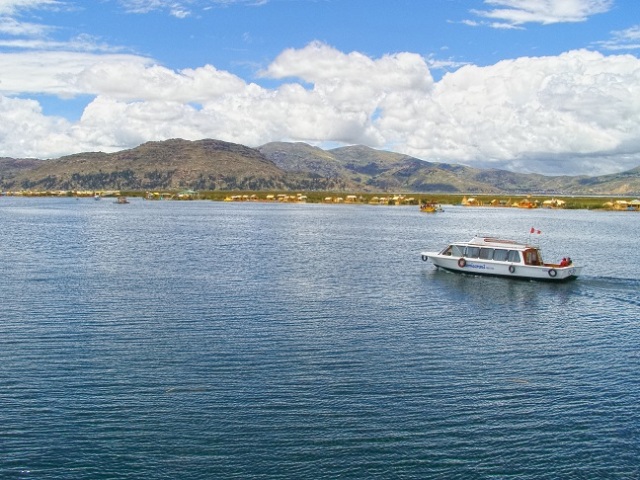 Then we arrived to a little island. There a person expose us about the construction and culture (and I am part of that culture) but it was so short and there was no time to ask questions. But here started the fun and the reason I don’t like to use touristic services: The brief exposition ended and after that we had free time to buy souvenirs… I bought a pair of keychains and went to take some photos, I was a bit uncomfortable, in certain way it was like if I would go to shopping instead of traveling. It was not expensive but I would feel that we were not respected. In our culture it’s quite important the correspondence in education but I think they could avoid that for the contact with tourists in a hurry, I hope. 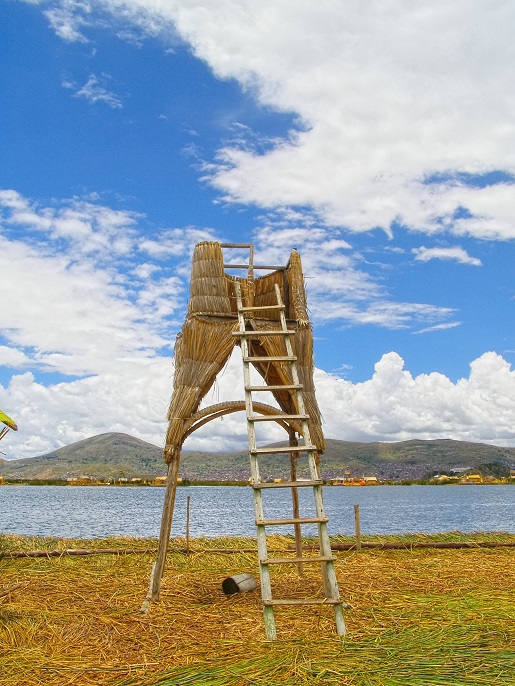 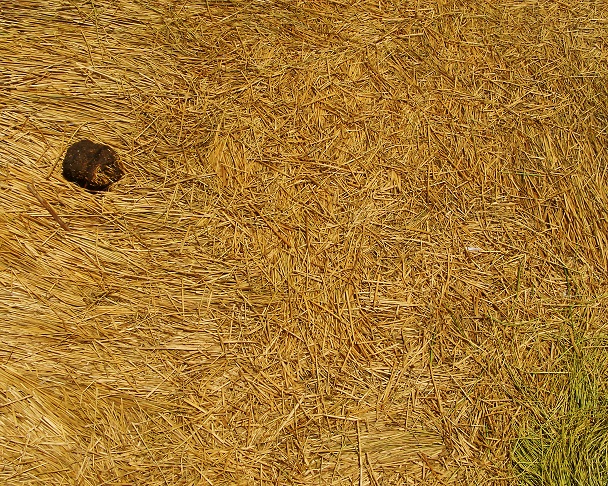 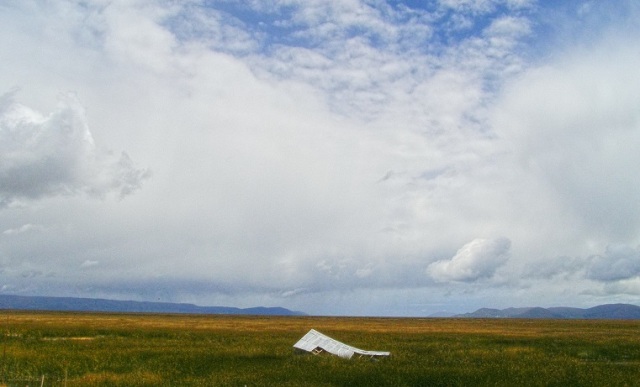 Skeleton of hunted home (perhaps by smugglers of house oil) 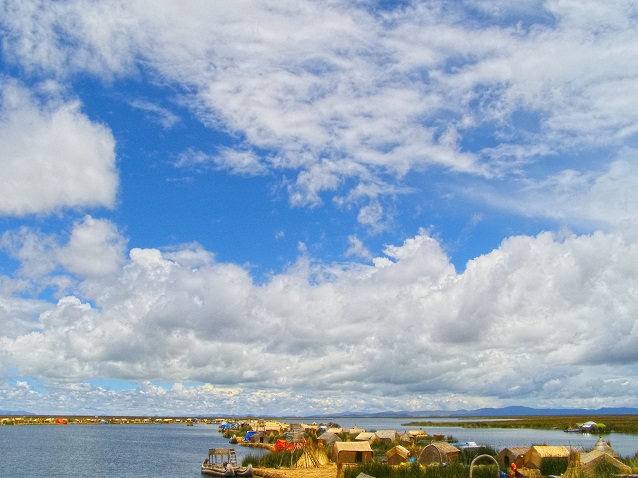 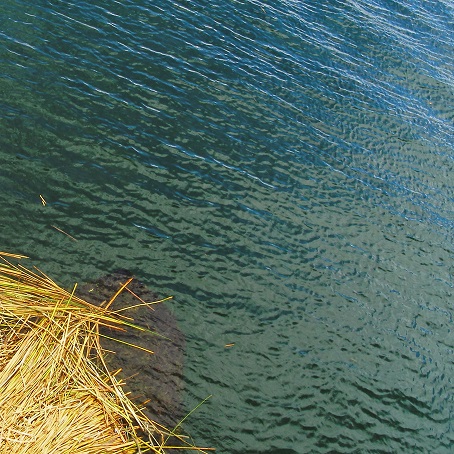 a touch of vermillion 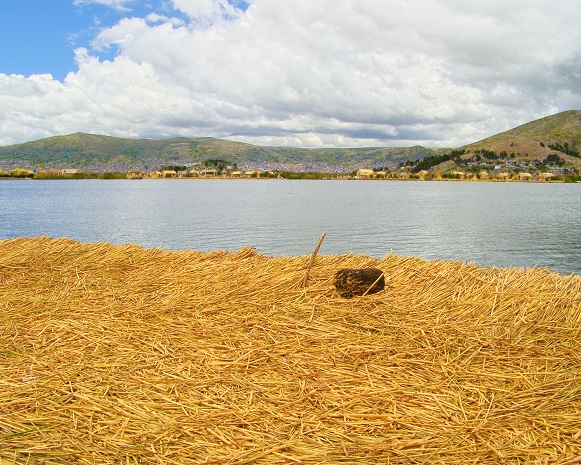 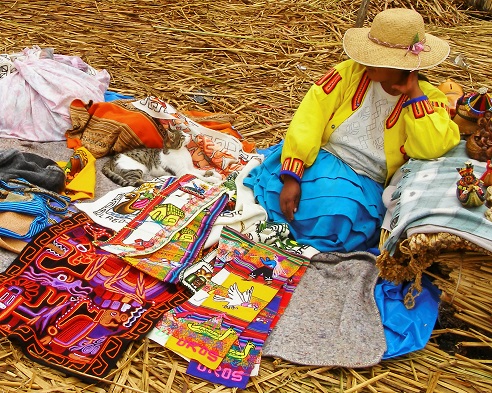 But surprises didn’t end there. The pirate, ehem, the captain, said that there was another island, bigger and with a restaurant (and I guessed with more souvenirs) but we had to pay MOAR or been left in the smallest one until their due return. Well then… So we navigated the eternal sea to the bigger island. 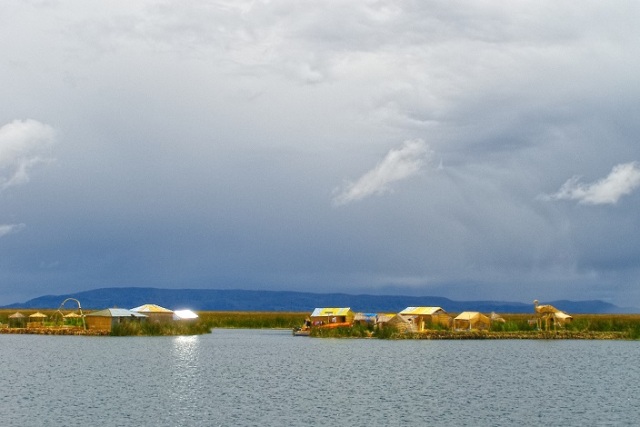 In the next photograph I am not sure if it is a place to produce souvenirs. I think that home is preparing for a celebration so the colorful textiles. 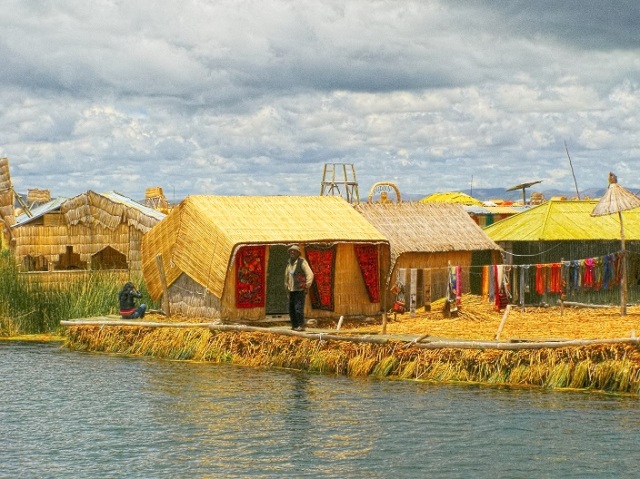 a moment in Uros artificial islands

My brother wanted to eat but I didn’t feel with humor to eat for the unexpected surprise. I know I am exaggerating but for that reason I don’t use touristic services. So I just walked…

curiosity of a puppy 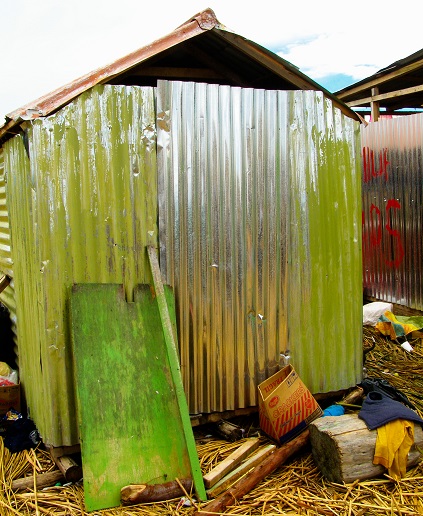 waiting for a king

afternoon in the lake 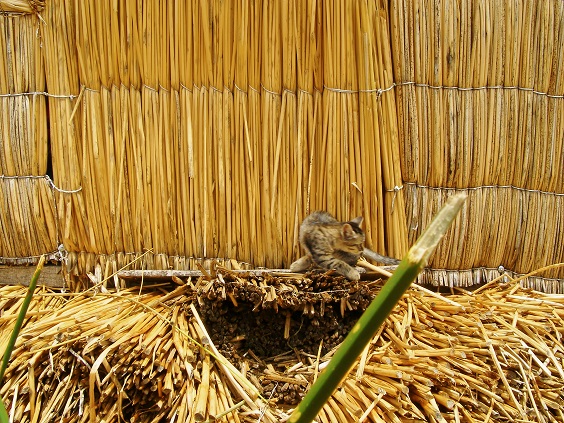 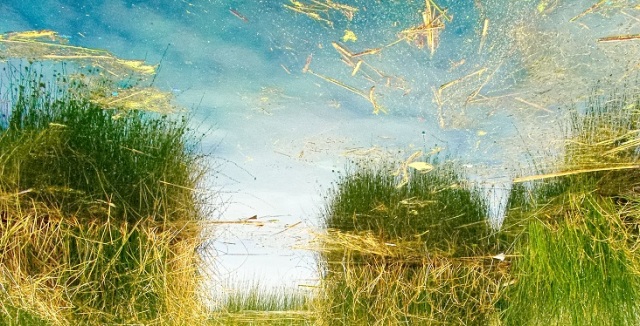 So time to come back and to say bye and thanks.