Searching for you up in the blue of your sky, my angel of white wings and dreary dreams. 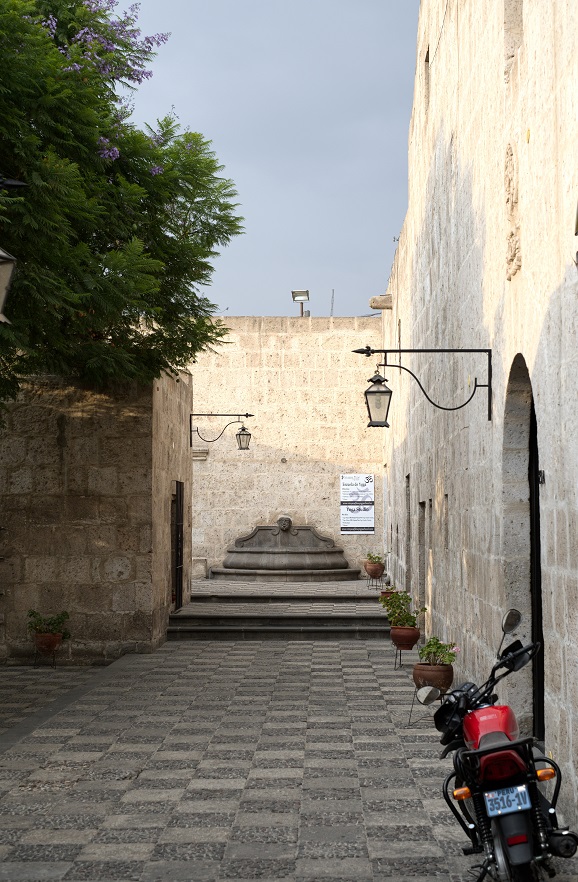 Among the colonial architecture I find the one produced by Jesuits the most successful in its adaptation to the “new” world. The earthquakes wiped out several colonial buildings from other organizations but the proportioned and clean Jesuit buildings survive. These are from the Compañía de Jesús in Arequipa city. I studied in that city so I had opportunity to visit it more times. 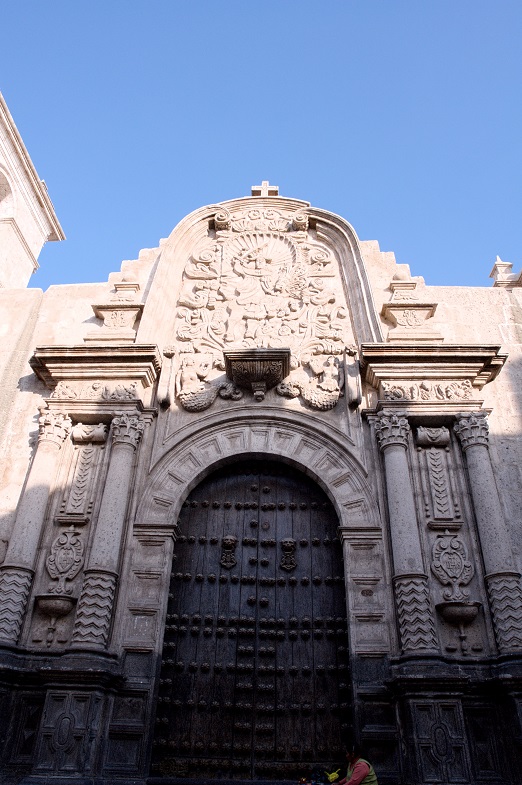 About shadows and doors

I haven’t taken many photographs inside because although I don’t profess or be part of any religion I prefer to don’t disturb the rituals inside. This building was built with native hands and European plans in 1578 by Gaspar Baéz, an earthquake destroyed it and in 1586 Diego Felipe rebuilt again. It’s made with white volcanic stone and there is in part Incan religion in the sculpted walls, non Christian creatures as mermaids and of course Christian symbols. It’s a public place so you can enter freely.

I photographed mainly the cloisters that consist in three patios, each smaller than the previous one. White walls, here or any place, have the characteristic to change with the colors of the sky, because that I divide the post in four moments:

White walls a shadow and a blue sky 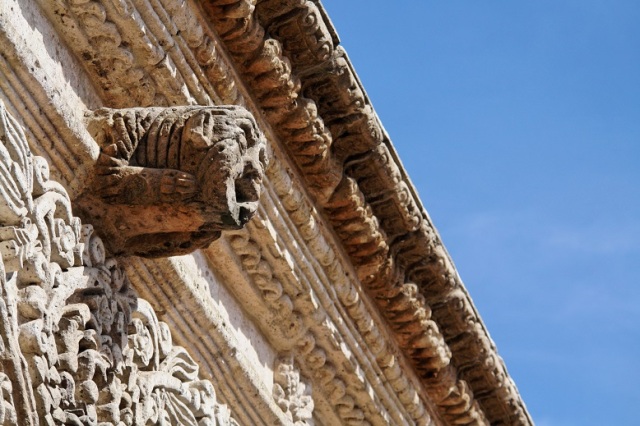 OMG! What are they doing?! 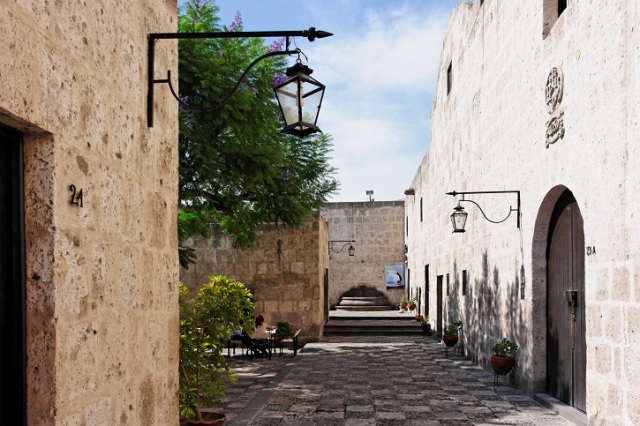 I opened my third eye 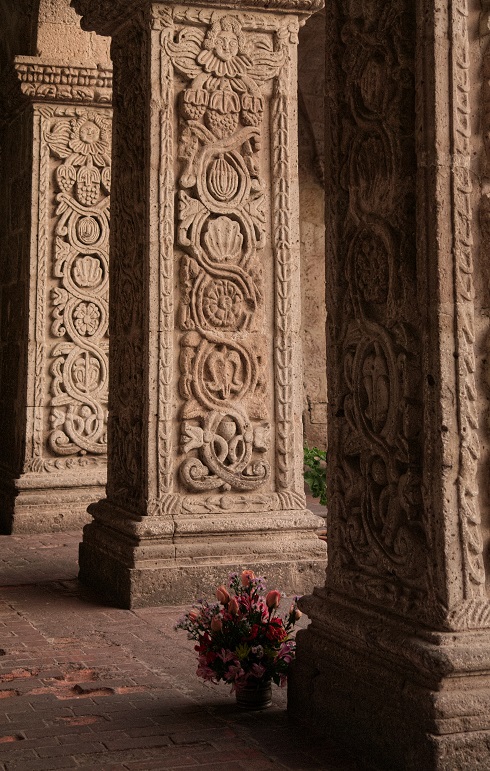 open to the infinite

let’s trascend to the sky 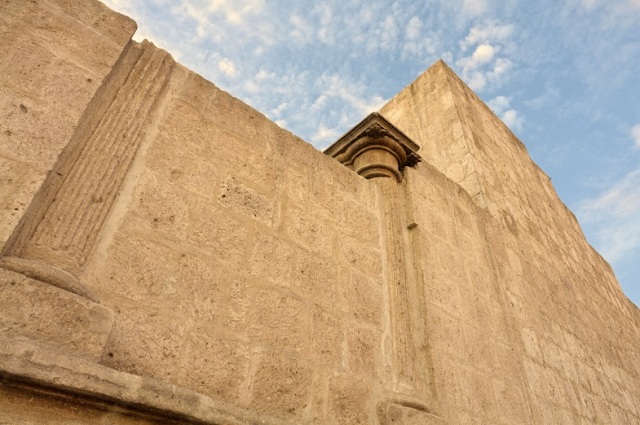 Heads saying bye to the sun

My mind in other world of words 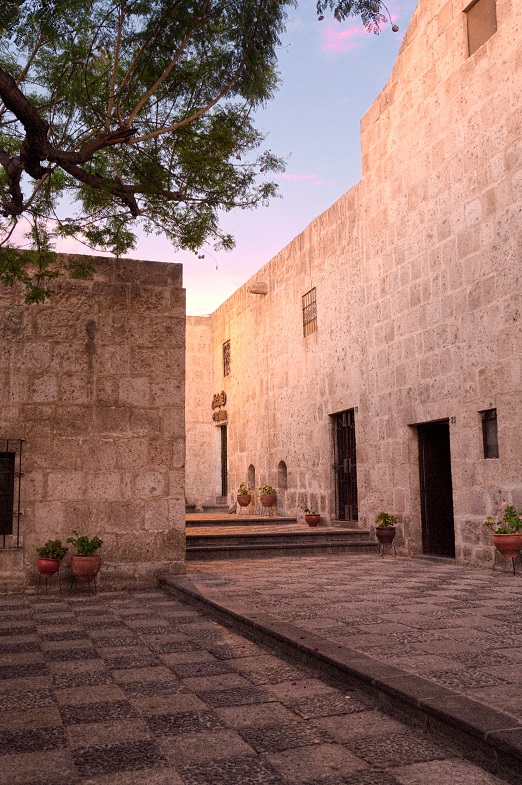 I walk and think in that heart upon me

Colors in the blue hour 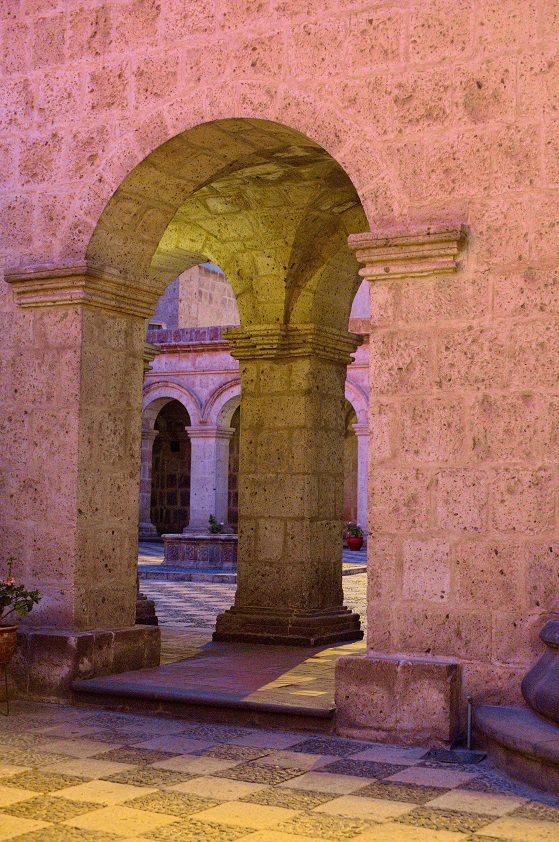 Amazing sky upon the old walls 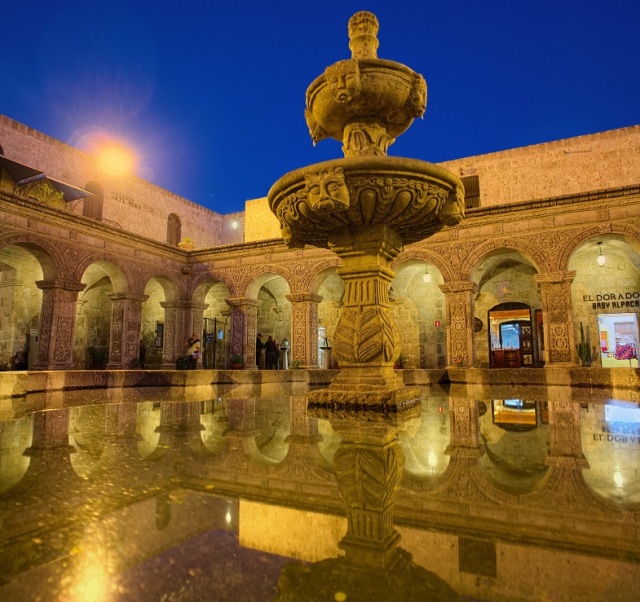 inside the palaces of mind

About half moons, archs and a dome

Beyond the walls of the city a pure sky and a fertile land; the delicacy of your heart like the sound of gentle drops.

Beyond the walls a late afternoon sun tinge in rose your cheeks.

Beyond the walls my incomplete story of you and me.