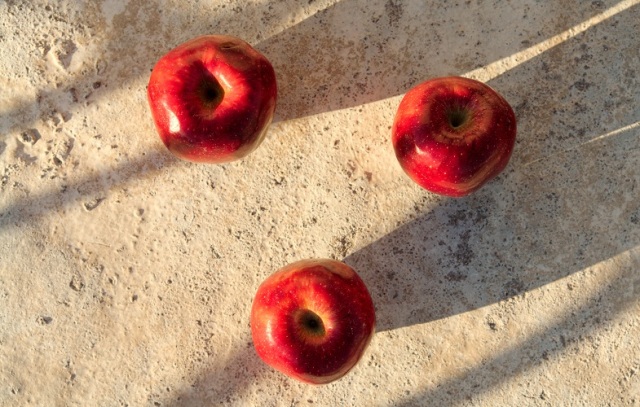 Once, in the days when I used to talk with my lady something happened, I felt that I had given so much importance to the work and lost a chance to talk with her… So I was so angry, in that moment two women, Jehovah’s witness, to predict the bible. Those aren’t my beliefs but for courtesy I always heard, forgetting my rule to don’t hear when I’m angry because I can say bitter words.

They say me about their bible and I replied to their arguments because I read the bible so I already know where is the counterargument of any argument. They said me that to know the true religion we should see the followers, I said them that I had relatives in their religion that speak against to lie or cheat but they do it anyway just changing in their minds the words to define their actions (“it’s not lie, it’s strategy”) and my classmates followers of that religion used to fight among them… so the women changed their initial argument and said me that as humans we are bond to our nature… I simulated hadn’t heard their first argument.

As I wrote when I’m angry I can use words in a bitter way so I make a subtle observation: “Why do you have to use skirts…?” so they replied because it was for respect to God they couldn’t use in that moment something modern, then I replied “but I see your men mates using modern clothes…” then they couldn’t reply and instead tried to change the theme. My society, in the native side, works as a Patriarchal-Matriarchal system, in this system if women has to dress like centuries of years ago then we men should to do the same; if men can go to the beach naked then women can go to the beach naked. Women in my family have been independent by thousands of years… I would feel rage if some religion or politic group would come to force them to be subjugated under us. For that reason when I read the genesis I always considered that the story about the forbidden fruit (it doesn’t say that it was an apple) was about the first lie when Adam said Eve was the responsible.

I know as well that Jehovah’s witness don’t believe in trinity, but I remembered that trinity is also a concept I cannot understand. In Aymara language we cannot say what we don’t know, so if someone says “In Finland the native race is blue colored” as I’ve never seen a blue person then I have to say in Aymara something like “It’s said that in Finland people is blue” so the concept of trinity always was an impossibility to me. When kid I understood the quantic principle of uncertainty, the example of the Schrodinger’s cat was perfect because in Aymara we have that notion of yes, no, and perhaps. My knowledge of Aymara language is quite limited but I grew up in an Aymara culture so even the Spanish is modified with the Aymara structure.

The Jehovah’ witness went to another doors. But I’ve learned the lesson so when some days after that came another preachers and I was still a bit conflicted I apologized and said I couldn’t receive them. 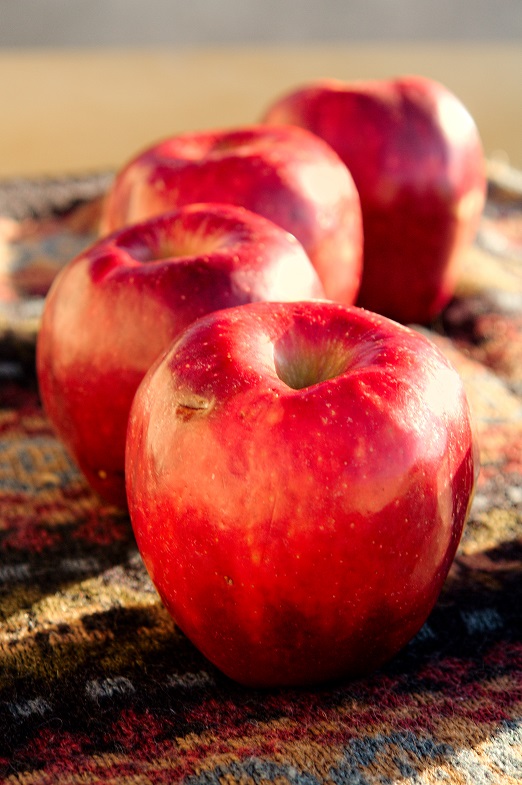 When I was in the kindergarten I used to eat apples so big that to my proportion today they would look as melons, I liked to cut them in halves patiently just with the force of my hands. I hadn’t see them since twenty five years ago until the Tuesday when I was in my city, Juliaca, searching for some gadgets that I didn’t find. But suddenly I saw these so big apples in a tricycle in the street so I bought some of them and yesterday I took some pics. 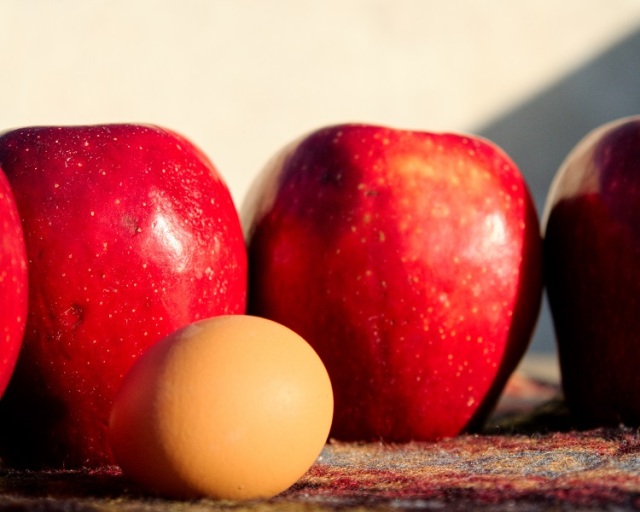 You entered the wrong neighborhood!

To get a sense of scale this egg can be a reference of their size. Juliaca doesn’t produce but lives of commerce, so even in winter in the highlands we’ve coffee and fruit from the jungles, papas and quinoa from the valleys, products from Bolivia and fish from the sea because we are in the middle of the roads that connect the jungle with the coast and Brasil and Bolivia to the Peruvian coast. 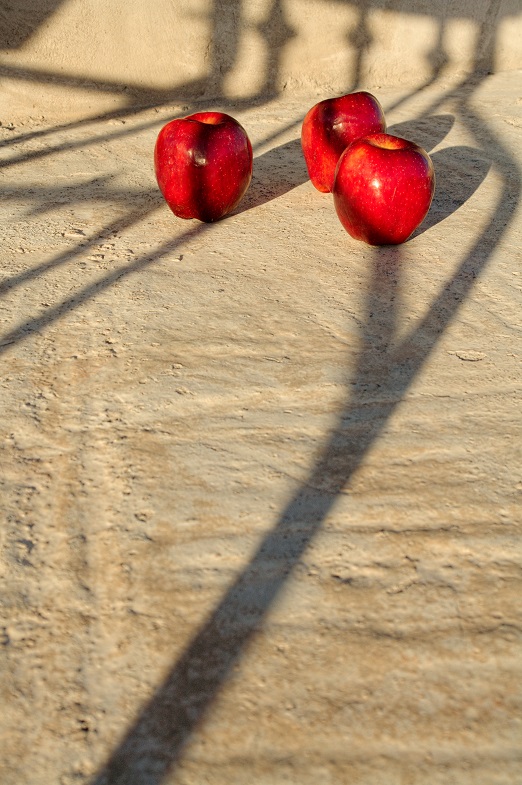 a tree for Gin

In the photograph above I wanted to create an abstracted tree of apples with the long shadows of a machine. I don’t know if you can see it but I can and I like it. It’s quite hard to get your vision. 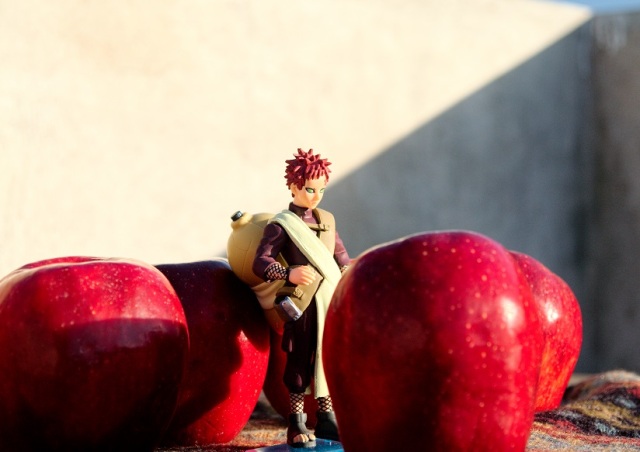 Lost in the forest of apples

This is the doll I bought to my absent lady. Is she going to come back any day? I hope so. But meanwhile I’ll think as if that is going to happen, it doesn’t matter if it’s a question of years or never. 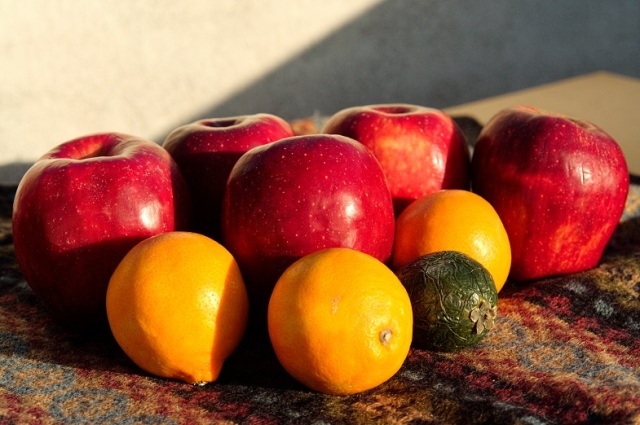 Those are little orange and a little lucuma, a native fruit we always had and that I like to make juice because although it has a sweet taste it’s a bit dry. 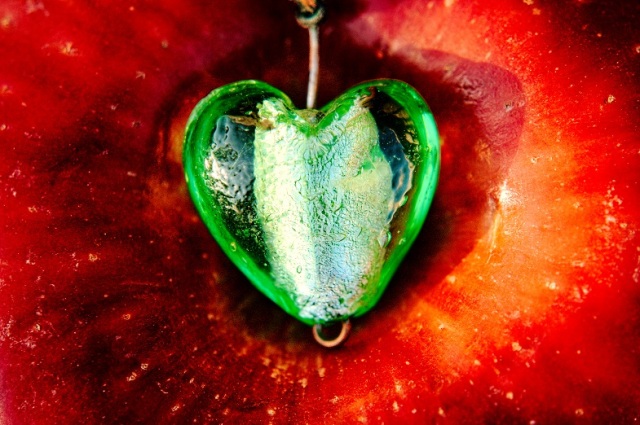 the green heart of a lonely heart

And this little heart is the only memory of a girl I met a pair of years ago, it’s an interesting story I’ll tell in the next weeks. For today I hope to have awaken your appetite ;-)