There is something special about gas stations, they are nodes to stories: the couple taking a time to be alone in a faraway place: the truck driver one day more in the long route across our deserts, jungles, beaches and mountains; a person traveling to a place not knowing if he’s going to come back again.

An afternoon in the gas station.

This is a gas station in one of the highways of Juliaca towards other cities and even countries. The landscape there is so unlimited that two people alone seems to be gods deciding destinies and lives.

I had left Ilo city and I was in the highway traveling to Tacna city. There I met a girl quite beautiful, she was traveling too, it was obvious in her eyes that are the kind you find in the coast North, like a bit oriental, I don’t know, perhaps due to the dust of the sand there. Usually I don’t talk to anybody, girls or boys I already know what cames next: a monologue about who has more wins, in case of boys to feel themselves greater than Alexander and in case of girls to know if you are enough big to be a suitable partner. So I just stay there hearing in silence. But I read in her eyes that she was a different person so I smiled her and said a clear but friendly hello. She smiled too and, like only happens with people that knows that time is a luxury you cannot spend, we went to the bed (I don’t question if sex or love) It had happened a bit of time to me, and I discovered that for her too, but years are not in vain so it was nice. We played well the game to know to the other in silence, that art to break routines and make feel to the other that still there are ways to feel it like the first time and last time. I felt quite flattered because objectively she was in that moment the most gorgeous girl in Tacna. I wanted to know her a bit more so we walked around a city that we only know lightly. She had been a baby just a few months ago and to my surprise she had one year more than me, I thought she had at least six years less. I had to know better because usually girls before to be moms usually wants dangerous boys and although I do a lot of dangerous things and have a tough life due to the construction I look like an innocent boy so, except their moms, I’m invisible to them. With moms the story is different, they can see beyond prejudices I think, she confessed me that simply she felt in my eyes that she could trust me. Among so many things I discovered she was actually from  Lima, and that make me remember the last girl with I had something was from there too.

She was taking care of her amazing figure so we didn’t go to dinner; and she had to care her baby, in that moment with her sister, so I didn’t take her to try some wine, so we just drunk some energy drinks. We walked like children, laughing and talking. Despite the Saturday night with beautiful girls she drew a lot of attention, as I said I felt quite flattered. But everything has an end so I accompanied to her hotel, close to mine, and she said to me that perhaps we could have breakfast in the morning. In the moment I said yes I felt that that breakfast wouldn’t come. In the morning I tried once but I guessed that probably she was resting; moms have to care her babies day and night. After doing some shopping I traveled again.

She, like me, also travel regularly to Tacna since a few years and is amazing that we couldn’t met before due the size of the city. I wonder if some gods played with us, like pieces in a chessboard, separating us; pieces arranged to be close but never touching or really interacting. Perhaps the two ladies in the gas station al least rested that night and the next morning they were again arranging the pieces in shapes suitable for their entertainment. 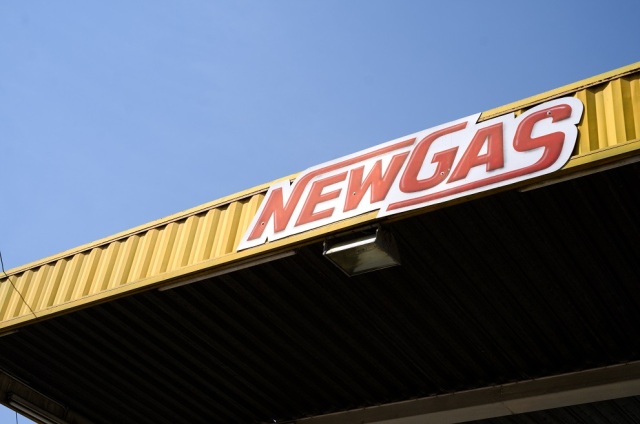