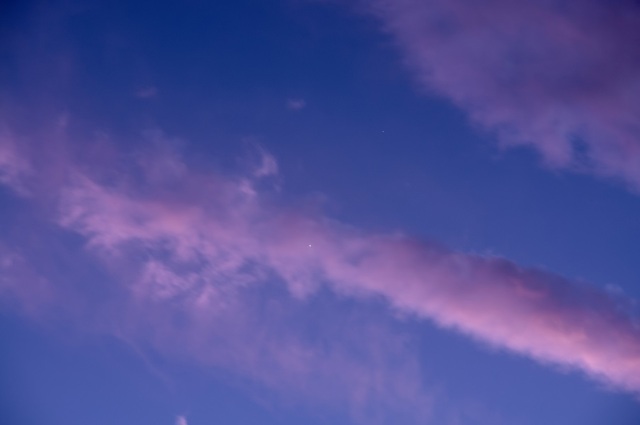 I am not versed in Astronomy (and much less in Astrology), so I guess that shiny point in middle of the cloud in the centre of the photograph is a planet in the twilight of an afternoon.

It could be something else, a manmade machine for example. But I think it’s a planet because it was so brilliant even before the dark night. 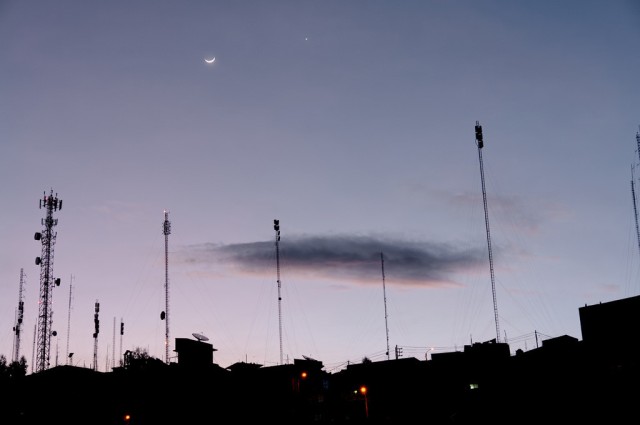 I like to photograph the moon to balance the void that can be when the sky is empty of clouds, colors or buildings. Besides I think it’s a mystery, the way it could affect the human behaviour, even the fact that it’s enormous to be a satellite.

Juliaca is the second city with more local tv stations after Lima, (or is it the first? :D), the antennas are near our Apu Huaynarroque (apu is a sacred hill or mountain). Spaniards tried to destroy our sacred figures, but they couldn’t destroy the Pachamama (mother Earth), or the apus, so on the latter they put crosses. So today the apu has crosses and antennas, well, perhaps that means that we adore the TV!! LOL 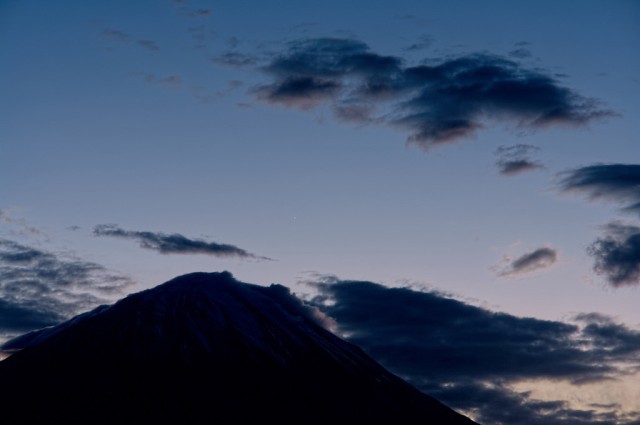 Certainly there is a fascination with the astrology. Fascination that I don’t share because the stars in our hemisphere are different of those in the northern hemisphere. (the Chakana, Crux or Southern Cross, is one survivor of the old celestial map) So I guess we are free from any prediction.

I think that’s a liberating notion. That there is no destiny, and if it exists it isn’t bonded to the stars. Even more when you know that the stars are ghosts of things that happened years ago, centuries ago, ages ago. millions ago, billions ago…

Our only nexus could be that the stars are our grandparents, stardust.

I would like to know which planet is in the photograph I took that dawn (It’s in the middle above the volcano). I’d like to believe that it’s Jupiter, but perhaps it is Venus.

They say bigger is better so you can click the image to see it full screen ;-)