Navigating the Internet is unavoidable to find in comments (and sometimes in articles) people against food and cat photographs and selfies. I don’t know how those comments show the commenters themselves as more intelligent people but certainly they appear to be angry. 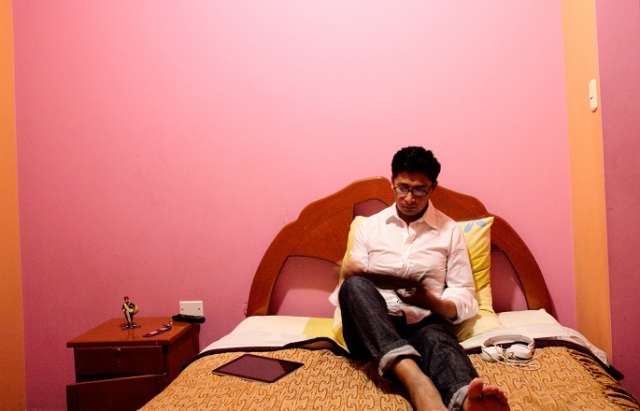 There are some arguments that I find inaccurate: “These last generations are narcissist in comparison to the older ones.” Wrong, I remember when kid my family always wanted a memory of special moments to us or be remembered in a specific time of our ages, it was simply way more complicated with film and expensive labs. Actually is still complicated to shot with film cameras.

waiting to finish the work

Others say “It’s a phenomenon due to social media.” I don’t think so, the most of photographs I take about me aren’t to share, but to control my health and a time ago to share with a lady, but to be the center of a social media, nope. And certainly in some occasion that could be a legitimate reason I guess if the image is important in work or social context. In social media they say it’s correlated with lack of friends but that’s so wrong… I don’t have friends to take pictures of me, I have them to talk or trust, not to be a kind of photographer. I think perhaps that’s a prejudice of Christians, in some way I understand to them a selfie could be a signal of pride and against their principle of humbleness so if another people make the click it’s not going to be felt as vanity or something. I don’t think there is a sin in ourselves, and if a religion says that then it’s negating the oeuvre of the creator of their thoughts for the prejudices of the intermediaries.

I remember in the eighties there were terrorists in my country, they tried to force us to do what they wanted (while their leaders were rich people that didn’t follow their rules). Since then I dislike every person that tries to say to other one how to life his/her own life. My first argument in favor of selfies would be that everybody is free to make what makes them happier -_^