A ball almost frozen in the reality of fractions of second… a photographic illusion. Life just doesn’t stop.

Midday in Ilo city. Usually is recommended by photographers that midday is not a good hour to take photographs because the harsh light. I don’t see why not, the world is still nice at that hour…

These balconies are oriented to the East, so they receive sun in the morning. This place makes me think would make a nice painting with a theme similar to the ones so cherished by Hopper. I admire him so much… perhaps I was drew to this place precisely because made me evoke his art… 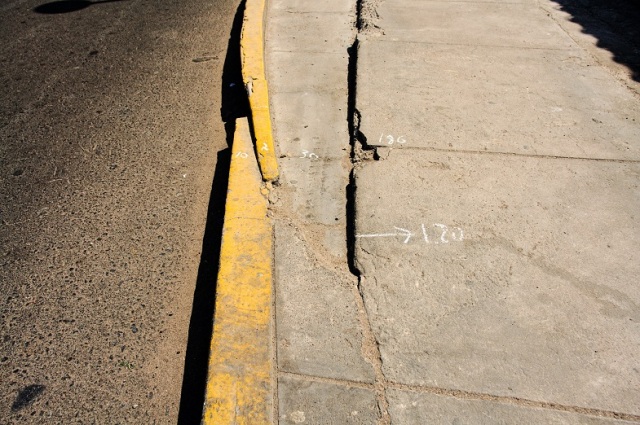 A world of lines and textures. Without meaning like scars in skin.

In Juliaca city the present and past blends into a different kind of time… The ones from the past cannot seen to the ones in the present, and inversely.

Like two different songs playing at the same time.

Felipillo means “lil’ Philip” Spaniards used in the beginning of their fanatic invasion those derogatory names instead our names, so they would say Juanillo (lil’ John) et al with their servants.

Felipillo is important because he was the first servant of the foreign invaders. A handy translator that they used to get in prison to the Inca and, afraid of a militar answer of our generals, lastly killing the Inca with ridiculous charges of idolatry (they had their gods, we had our beliefs) and polygamy (in Bible there are a lot of characters with several wives and Spaniards cared to do the same here); that was possible with the help of Felipillo that was also greedy and wanted one of the ñustas (princess) for him and perhaps felt that he would win a lot being a servant.

He didn’t win nothing. His name in Peru is now the term used for traitor. Pizarro, Hernandez and Almagro in Spain are heroes (and it’s right because they made heroic feats to the glory of Spain) but in Peru they are the worst according to our culture, thieves; the Spaniards that came from Spain are in Europe conquerors, in Peru they are invaders. But Felipillo appeared in a moment when to the laws of Spain we were even doubted to be human beings so I understand he’s not a hero, he’s nothing in their history, but in our history he appears like the maximum traitor.

Felipillo proves that the human nature is universal, in everybody there is the power to do anything, we weren’t a civilization of saints and Spaniards weren’t a civilization of bad people. I understand the most of them came from a background of poverty and despair, several of us were also greedy and allied to them; the invaders after a time would be punished by their king and would die in internal wars, the gold and silver that they stolen from us in the end would origin inflation in Spain and the consequent poverty, so the meeting would bring bad and good things for both sides. In my opinion the best they brought was the idea of pardon.

After my travels across my country I’m afraid that we are now a country of Felipillos, we betray our world, instead of making it evolve, we choose to sell us for a few coins from foreigners. Nothing is created or produced but imported. It’s like a kind of lack of self-steem. Walking the streets is a shock because no one of the cars was designed or even manufactured in the country, we are a dead country without soul. That’s the difference between a developed country from a modern one: the modern country can have machines, electronics or arts, but it depends of the production and thought outside said country, if the producers would negate to sell we simple would be recycling the cars until they break; instead a developed country has the capacity to design a car, and if it wants to manufacture it.

What makes it funnier is that foreigners come to my country to experience our culture in the belief that we are still authentic. They came and what they find is schools of yoga and Hindu philosophy…

Enough of the hate against trees, lel.

By the way, we (Peru) have the national flag with the same design as the one of Canada: red/white/red. Law requires us to raise the flag every independence day; I guess I need to buy another one for the next year, the one I use is so old that I’m afraid if I attempt to wash it I’m going to end with a pink flag. 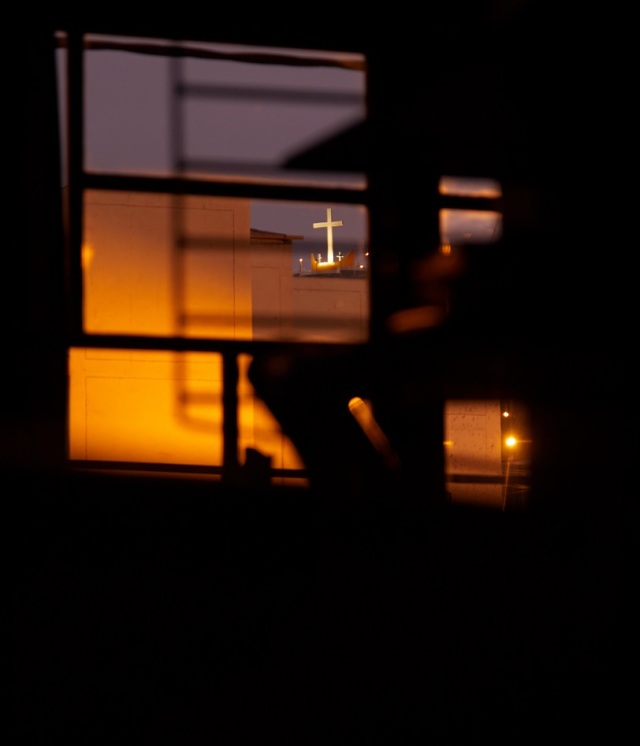 A white cross watching my sinful being.