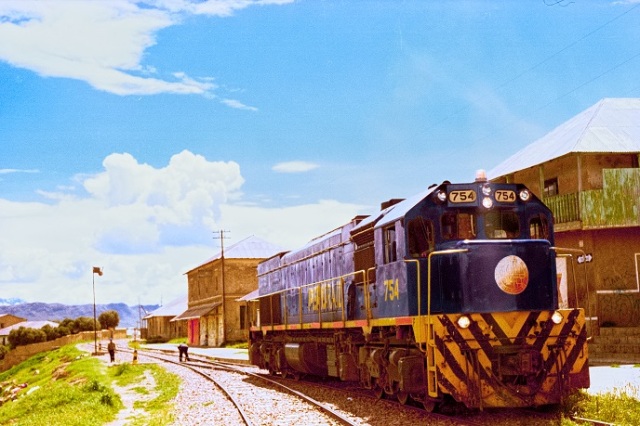 my blue train in the forgotten city

One of my brothers gave me his Olympus SP-500uz. I used it till learn everything, thanks to a fault (I took it to the beach without protection) I only could use it in manual mode. Thus way I learnt without help to use a camera properly to follow my desires. I liked so much the experience that I searched for the perfect camera for me, this was the Sony R1, purchase that I never regret and if you see the metadata is my most used camera, even I prefer it to the Fujifilm X-E1 that has better image quality but it’s not so enjoyable to use as the R1, and using a tripod there is no much difference. I gave the Olympus to our little brother and meanwhile I had to wait that the R1 arrived from US to Perú… I haven’t any camera except the one from my cell phone… So I asked to father one of his film cameras. My father is generous so I could choice any of them (besides he doesn’t use no one of them in this digital age, lol) There was a zenith, a Olympus pen and the Canon EF, a.k.a. black beauty. A FD mount camera made of pure black metal.

I had no problems in use it because I knew, thanks to the Olympus, to operate any camera in manual mode, so I take a little journey to a city I’d never been, Ayaviri, a pair of rolls and the adventure began. What you are going to see are my first photos ever done in a film camera. What a pity that in Puno city (never trust anything in touristic cities) they sold me an expired agfaphoto 200 disguised as fresh Kodak gold 200. I had to correct the best I could by computer.

The first think I felt uncomfortable was the 50mm focal length. I am used to 24 or 28 (in 35mm equivalence), one exception was the next picc that I took with that 50mm lens. 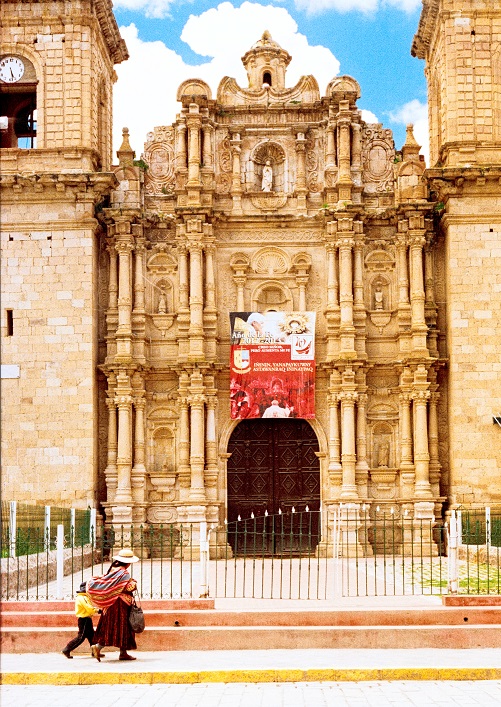 everyday is the same 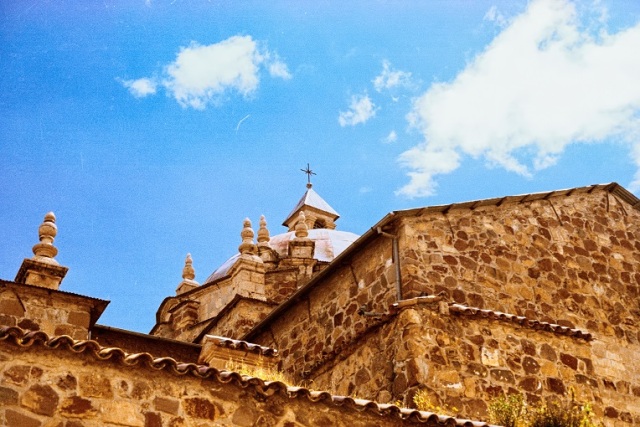 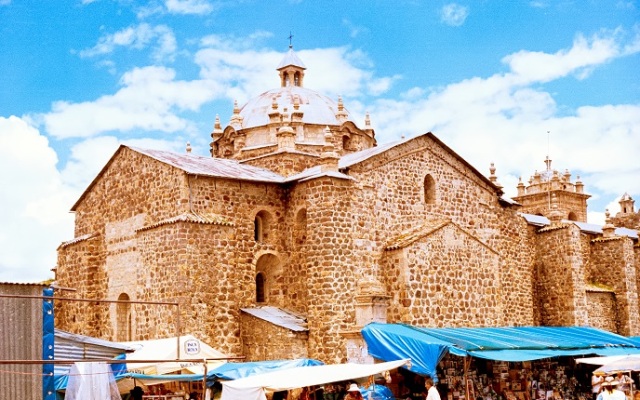 this seems a market! 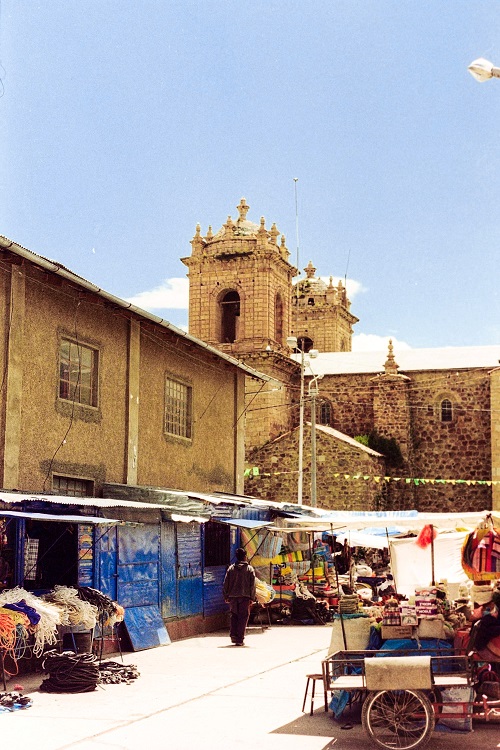 The streets aren’t crowded, except  I think when it’s party time, you know, the final days of June when it’s in our hemisphere the equivalent of Christmas to the northern hemisphere (the day when the Sun is not going to go down more) 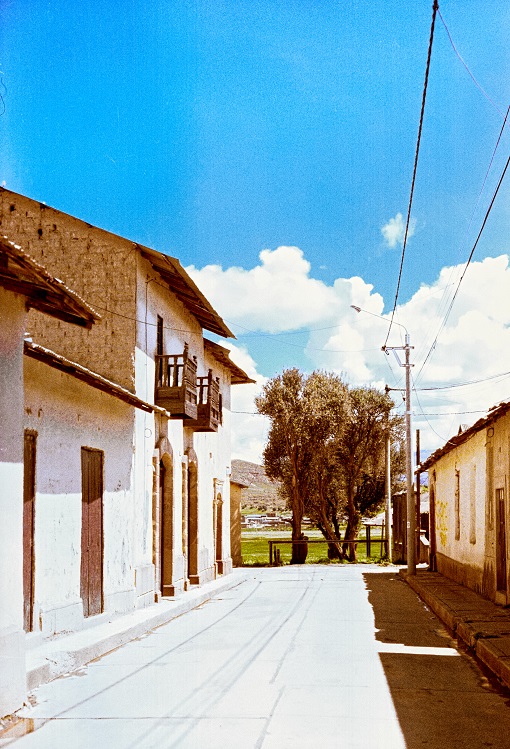 And well, I walked in middle of the streets in plane midday, and suddenly emerged a train!!!! it was like go back to my childhood when the train were more frequent and has a weight in the way you travelled around the country (actually the highways begun to be built since fifteen years ago), it was like see an old friend. I took with this roll much more photos of the train than the city: 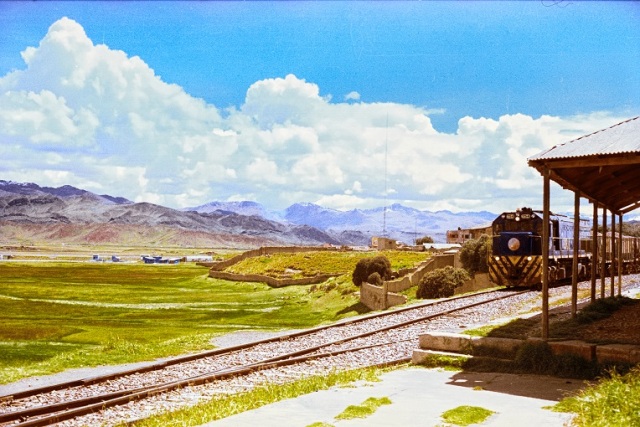 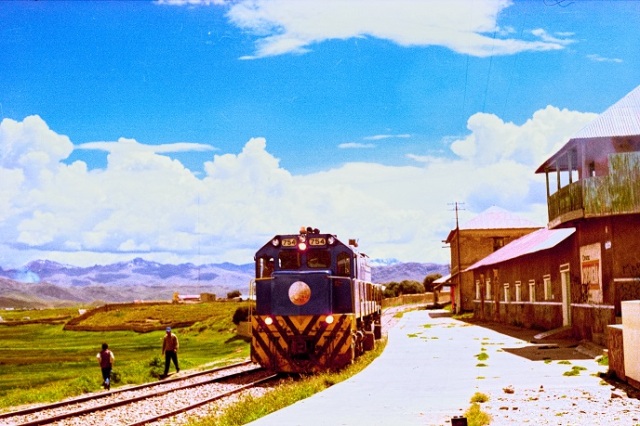 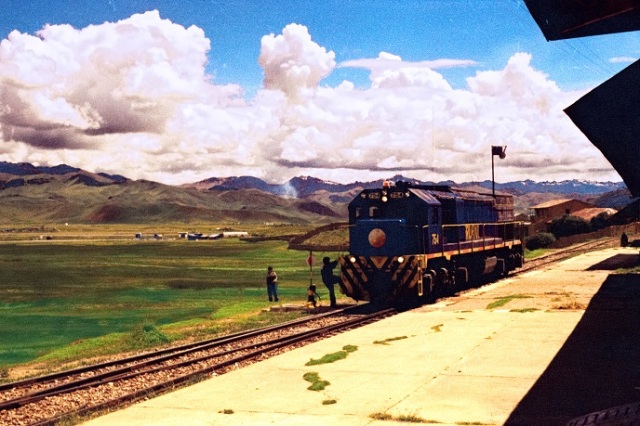 take me with u 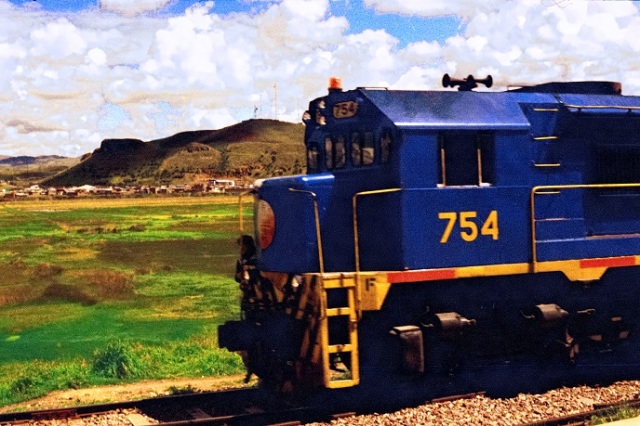 the time is with us forever 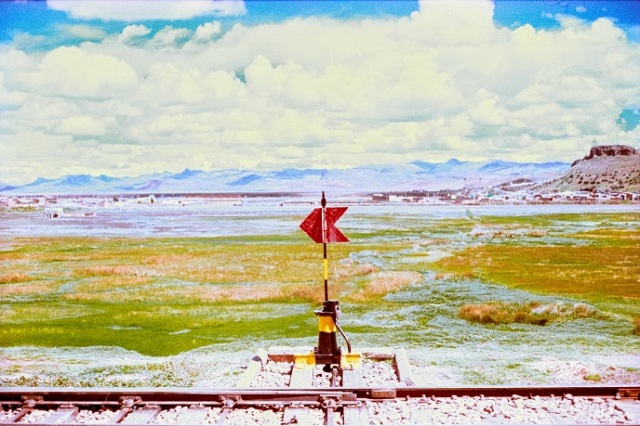 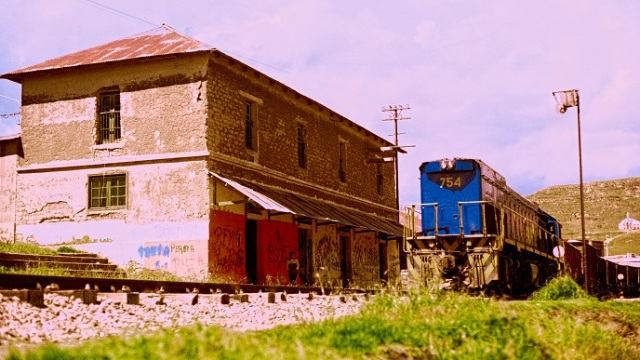 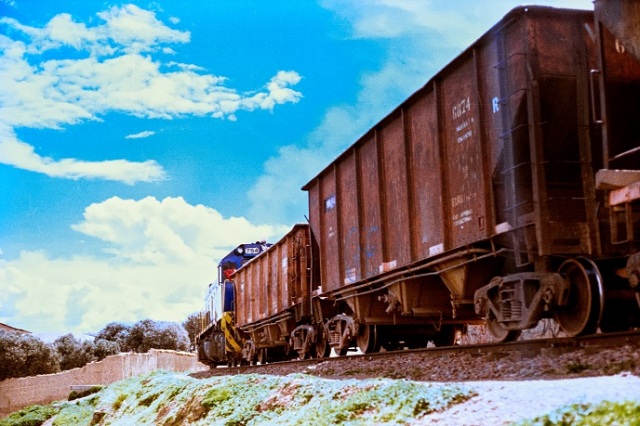 I cho cho choose you 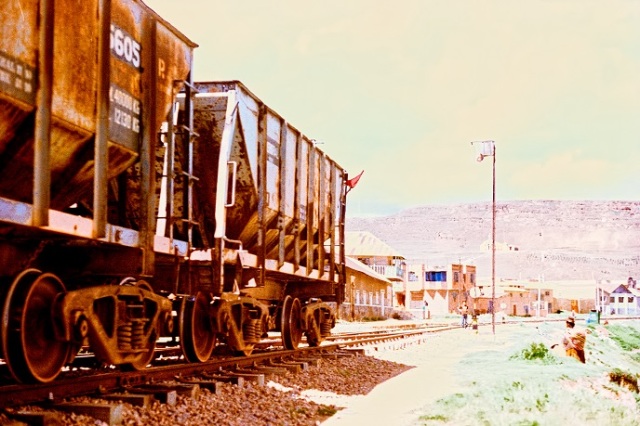 the sharp ages of midday 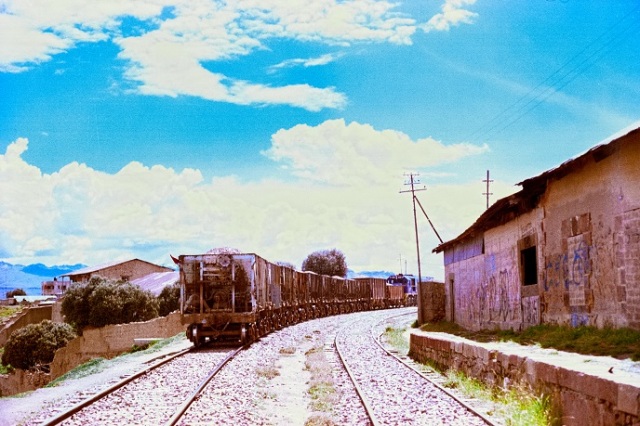 let’s travel to far away realms

I wanted to go to Ayaviri because there are rock formations, unfortunately there wasn’t way to go so I had to stay just a few hours in the city. I ended the roll with the following images. 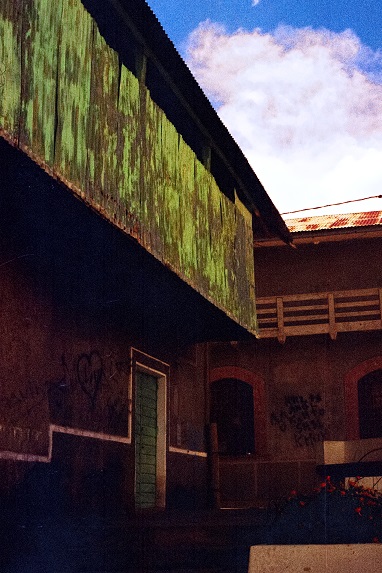 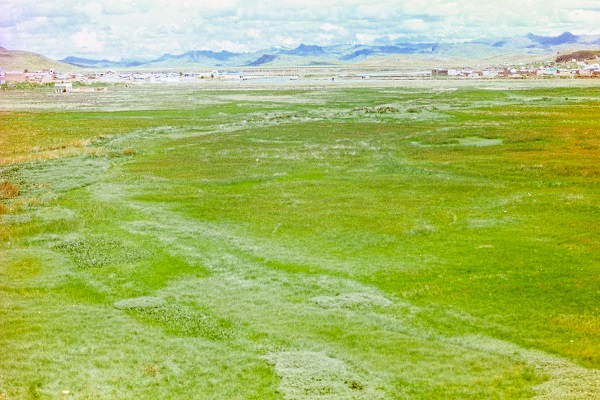 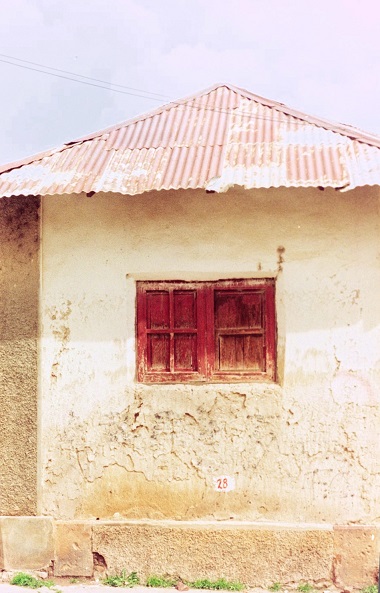 house with rouge and closed lips 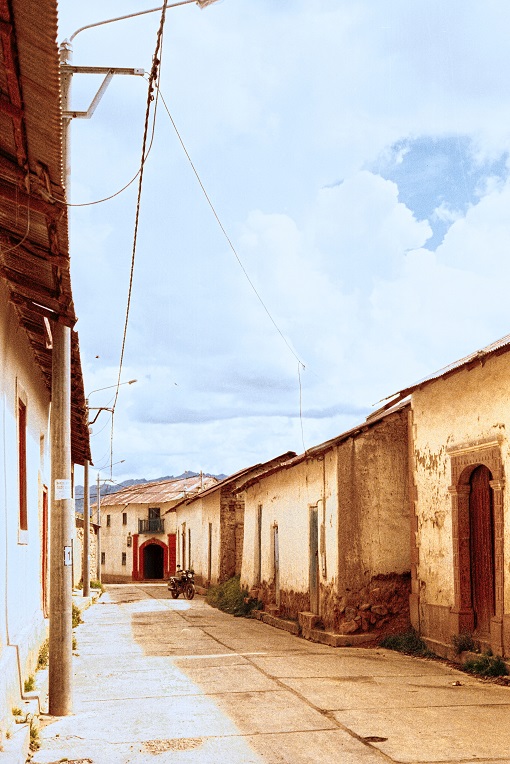 There are faults in the exposure. Time after I discovered that the cord that synchronize the ISO knob with the shutter was broken so the exposure was made a mess, the most have overexposure, and worse the roll was expired so I hope my composition defends my photographs.

Just for fun I took one image with the camera and another with my cheap cell phone camera from three years ago. No one is better I think, but the humble 2 megapixeles camera is a testament of how much the technology has advanced in digital photography (first the film version and bottom the camera phone version) 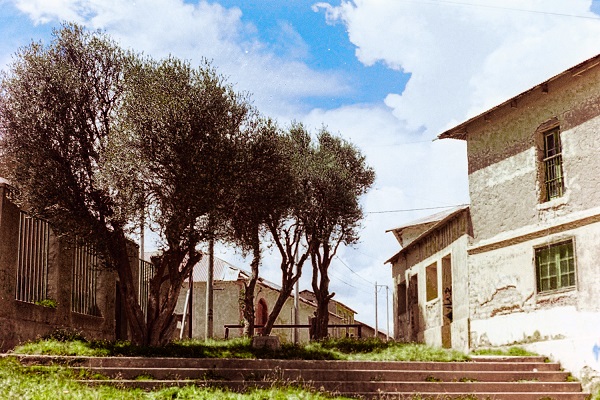 time and nature eathing the city 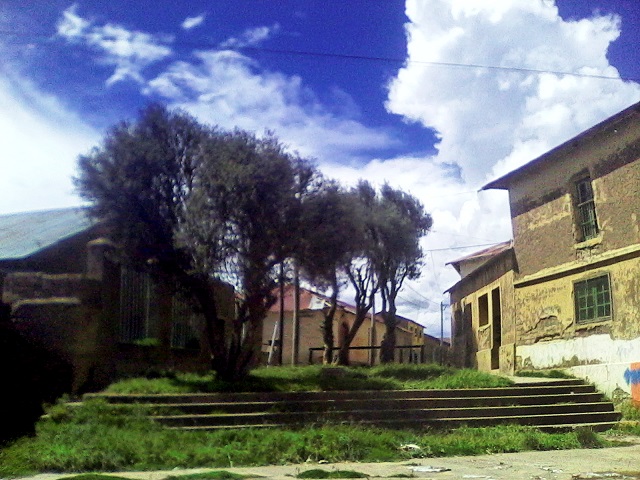 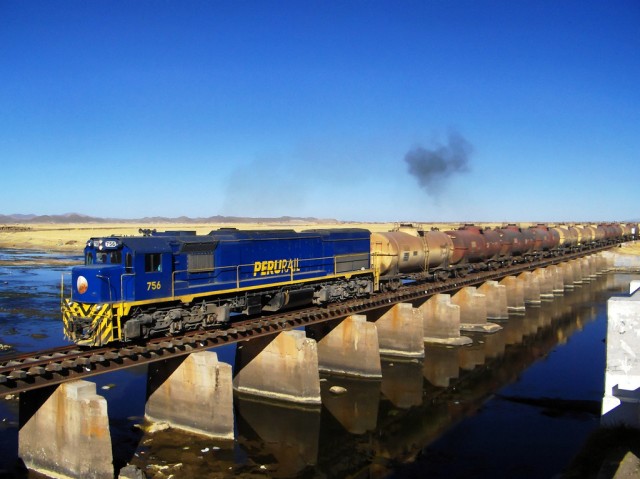 This is an oldie, I took it six years ago with a compact HP digital camera with a fantastic Carl Zeiss lens. Since then I love Carl Zeiss lenses. It’s in my hometown Juliaca, the train was crossing the Maravillas river and it looked as an scene from a century ago so I took the pics and from three it was my favourite.

I processed the jpeg archive but now I see that I used so much noise reduction. But anyway the photograph looks great to my eyes and, as an amateur, I couldn’t ask more. If it make me happy and it don’t hurt others then I don’t care if another guy thinks different.

Today I took photos with a broken film camera, tomorrow it gets to the lab so I hope there will be any worth to show here ;-)