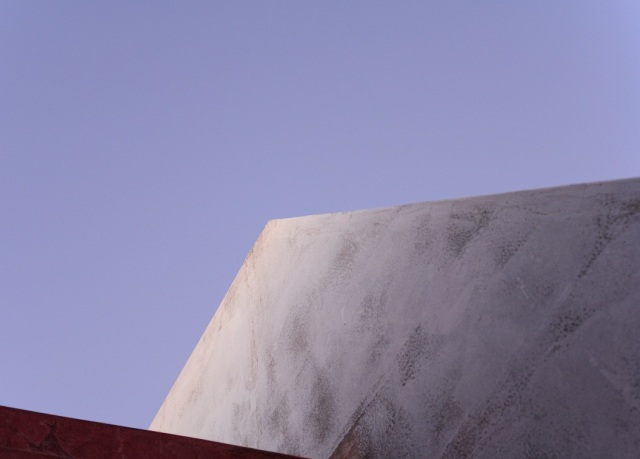 As I wrote the past week these comparisons are not meant to declare winners, they aren’t technical images but curiosity about the difference among the use of different cameras. If something I’ve learned is that the best is to just use one camera.

I like both images, but the first from the tablet required more edition to match what I saw with my eyes because the colors were dull, the white balance quite warm and the sky a bit washed out. There is one minute of difference between these photographs.

Which one is more closer to reality? The one with the old Sony R1. The sky had that blue, the light in the wall was soft and not harsh as the tablet version could suggest. Despite that I think the tablet version ended quite expressive.

Which one is more convenient to use? In this case the tablet was easier to use. The Sony needed a tripod (it has a bad high iso response) with little freedom to shoot. The tablet was just point and shoot. I know there is noise but I don’t see nothing wrong or bad in that.

10 thoughts on “Tablet vs APS-C Camera”